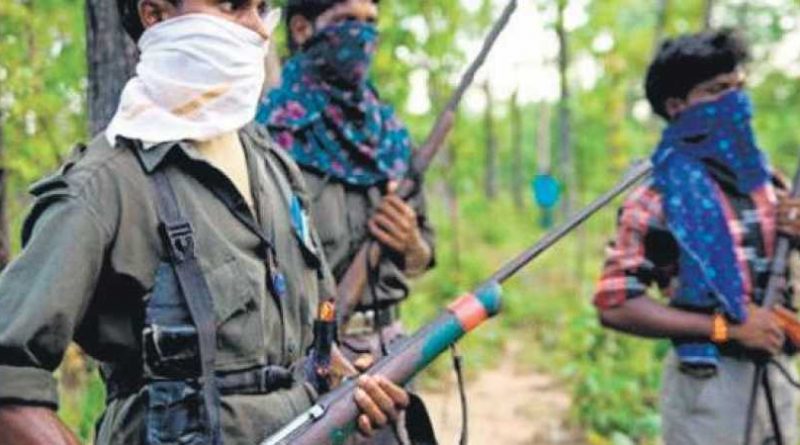 The CPI (Maoist) has released a video which purportedly has details of an encounter in Sukma on March 21 in which 17 security personnel were killed.

The 12-minute edited clip with a voiceover has open source footage of Prime Minister Narendra Modi, his cabinet colleagues and senior internal security advisor K Vijay Kumar, all of whom are accused of killing innocent tribals.

TCOC is a countrywide armed offensive that the extremists usually launch around March and April and carry on till early monsoon, while Operation Prahar was a joint offensive launched by police of Chhattisgarh, Telangana, Odisha and Maharashtra from February this year.

The clip released by Maoist spokesperson Viplav shows video from deep inside the jungle where gunshots can be heard and appears to have been shot inside a house.

Sukma Superintendent of Police Shalabh Sinha confirmed the circulation of the video among local media in the Bastar region.

“Most of the footage does not look authentic, but the gunfight visual could be of the March 21 encounter. The gunfight went on for almost two days. So at some point they might have shot this,” Sinha told CNN-News18.

The video also shows bodies of security personnel lying inside the forest. Faces of gun-wielding men and women are also clearly visible as they presumably have their food and then march in a single file.

The graphics in the video claim all these visuals are from the Minpa jungles of Sukma.

Officials said police have launched an investigation into how the video was edited and circulated. The Sukma SP said cyber experts will be roped in to collate evidence from the propaganda video.

“Cyber experts will help us identify some of the faces which are clearly visible in the video. It will help us know who the cadres are and where they are active,” Sinha said.

On March 21, 17 personnel of the District Reserve Guards and Special Task Force were killed in Sukma and their bodies were found after more than 24 hours. AK series rifles, ammunitions and wireless sets of the security forces were all looted during the encounter all of which have been exhibited in the propaganda video.