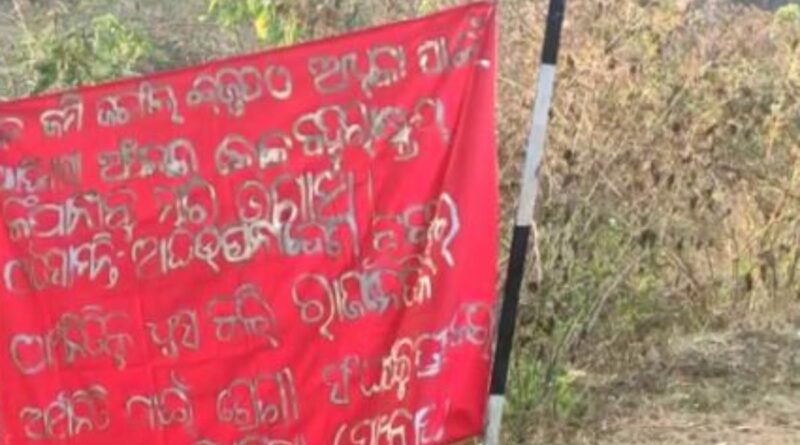 Kandhamal District, February 9, 2022: CPI (Maoist) posters and banners were found at different places in the Baliguda locality of Kandhamal district.

In the banners, the Maoists have urged the people to boycott the upcoming panchayat elections.

According to sources, several posters and banners were put up at Nuasahi and Pipalsahi areas by the KKBN Division of the CPI (Maoist).

On getting information, police reached the spot, seized the banners and have launched an investigation.