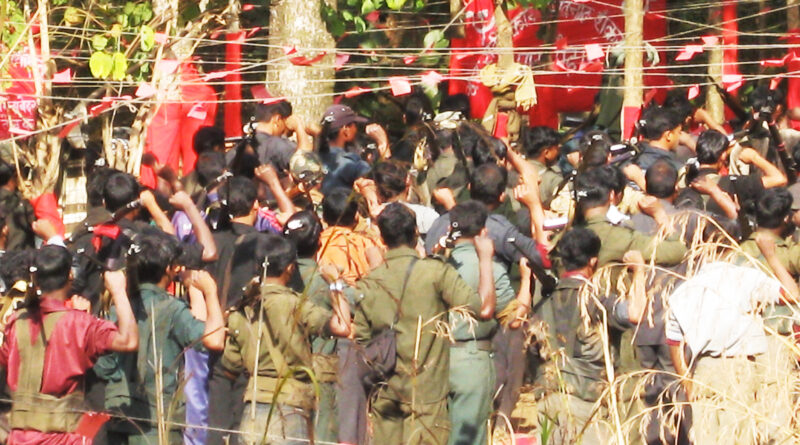 Hyderabad District, September 28, 2022: CPI (Maoist) activities have been increasing in the state of Telangana with the income gap between rich and poor widening, increasing injustice in society, and the rise of Hindutva fascism in families.

Vigilance reports from intelligence personnel of activities of the Maoists in Godavari catchment areas have become a momentous concern for the state police.

According to reliable reports, the Maoists have focused on strengthening their cadre as well as recruiting new ones.

Not only in the state of Telangana, but also the borders of Maharashtra and Chhattisgarh have been affected by the activities of the Maoists.

The activities of the Maoists in the border areas of these three states have been continuously increasing for some time now, and the efforts of the police have also intensified to control them.

The police and intelligence personnel were taken by surprise when they witnessed ceremonies being celebrated by the Maoists in observance their party’s foundation. The CPI (Maoist) had announced the 18th Foundation Week celebrations from September 21 to 27. People from 10 to 12 villages participated in the programs, including the top Maoist leaders.

Police patrolling has increased following reports of the movement of top Maoist leaders. Apart from the Greyhounds, special forces of the police are virtually laying siege on forests. Despite this, the activities of Maoists are increasing.

The sudden emergence of Maoists in the limelight after a long period of obscurity has added to the worries of political leaders and corrupt officials. The current political situation in the country and its implications may make it easier for the Maoists to do their work.

Door-to-door searches are being conducted by the police in the districts of Telangana state.

An exchange of fire between the police and the Maoists took place after the police raided locations in the Bijapur forests of Chhattisgarh, following reports of a meeting. However, the Maoists managed to escape.