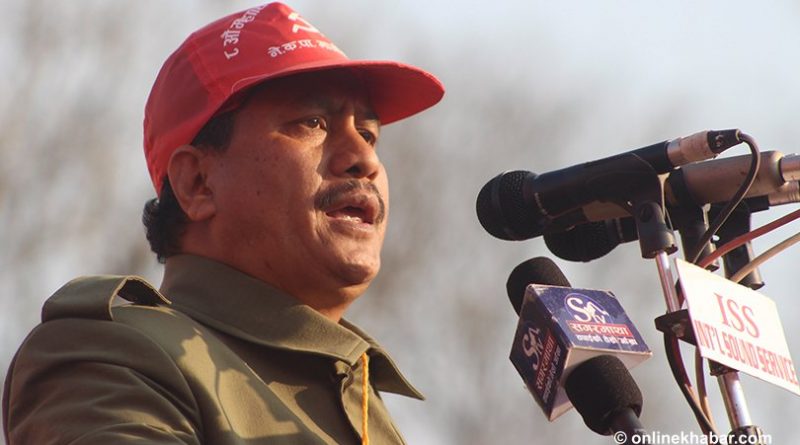 The Netra Bikram Chand ‘Biplav’-led Maoist outfit has demanded the release of its leaders and cadres who have been recently arrested in various districts of the country.

The government has banned the party’s activities since March last year citing its involvement in various terrorist activities. Since then, the police have been arresting its leaders and cadres in various places.

Recently, the party’s leaders Anil Sharma Birahi and Durga Subedi have been arrested from Chitwan and Pushpa Koirala from Ilam.

The party says the government involved itself in terrorism and violence when the party has stopped all its activities in the wake of the coronavirus outbreak.