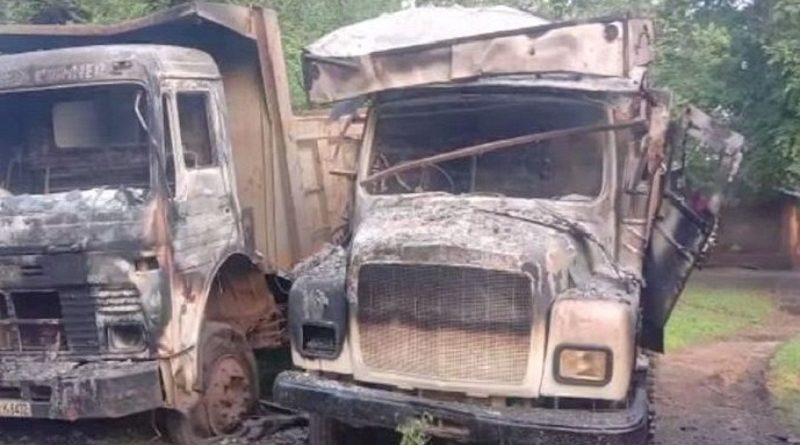 As per the report, a group of ten to fifteen heavily armed members of outlawed CPI (Maoist) group reached the road construction camp and set fire on six vehicles including two JCBs and three tipper trucks engaged in work on the spot. They fled the spot a few minutes later.

Notably, the said road had been protested by Maoists earlier. Following the incident, search operation in the area has been enhanced, said Superintendent of Police, Dantewada.