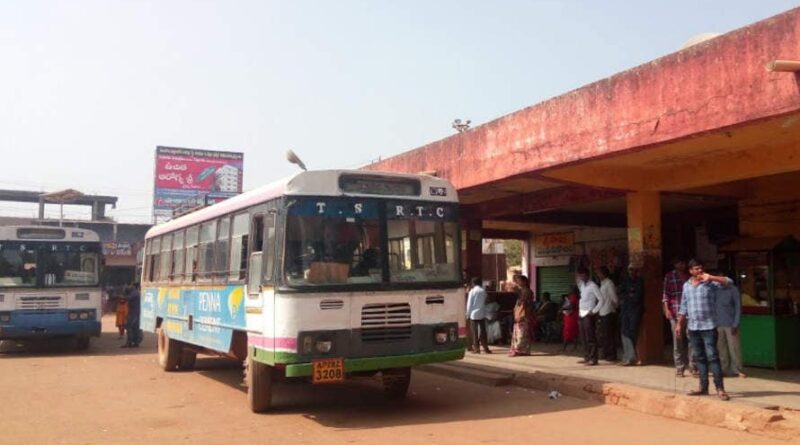 Bhadradri Kothagudem District, October 27, 2021: The TSRTC bus services were partially disrupted in Bhadrachalam Agency in Bhadradri Kothagudem district on Wednesday during the bandh observed by the CPI (Maoist) State committee in protest against Monday’s “fake encounter” in Tekulagudem forest area near Telangana’s border with Chhattisgarh, in which three Maoist cadres were murdered by security forces.

The inter-district bus services between Bhadrachalam and Venkatapuram in Mulugu district were hit as the authorities suspended three buses on this route on Wednesday as a precautionary measure, sources said.

Barring a few, all other bus services remained unaffected.

Police sources claimed that the bandh failed to evoke any response in the entire district.

However, the police continued their synergized anti-Maoist operations along the inter-State border with Chhattisgarh in coordination with their counterparts of the neighboring State, sources said.

Police maintained a hawk-eyed vigil on forest routes and ferry points along the Godavari River course in Bhadrachalam and Manuguru police sub-divisions as part of the stepped up vigil in the aftermath of the Tekulagudem incident.