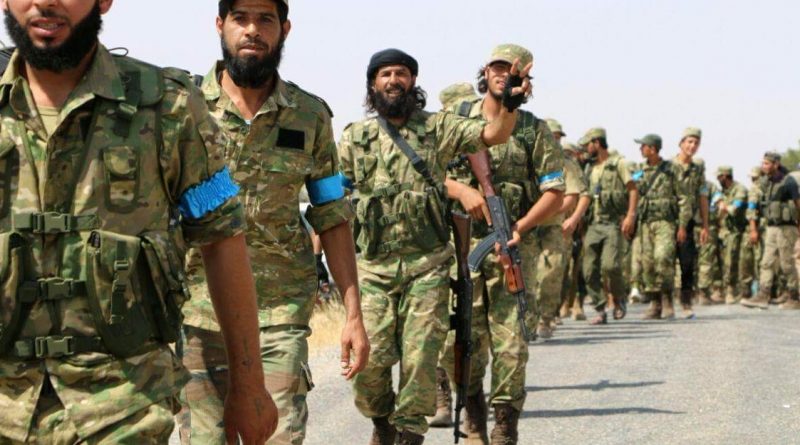 Turkish troops and so-called ‘moderate Islamist’ Free Syrian Army (FSA) militants have entered Jarablus town centre and taken over all government buildings from Islamic State. Reports say almost no clashes took place between the two sides as IS militants had evacuated the city days before. Footage from FSA militants also shows that there is no civilian presence left in the city in Syria’s north.

More than 20 Turkish tanks and 500+ FSA troops entered Northern Syria this morning as part of the ‘Euphrates Shield’ operation, what Turkish officials have called an “assault on Islamic State and YPG terrorists.”

Kurdish sources have reported Turkish shelling of Kurdish majority neighbourhoods in the east and west of Jarablus, where at least 49 civilians have been killed say Kurdish sources.

More than 3000 civilians have fled to nearby Manbij, which was liberated from Islamic State by Syrian Democratic Forces (SDF) recently.

Kurdish officials have condemned Turkey’s excursion as occupation, with PYD co-chair Saleh Moslem saying: Turkey is in Syrian quagmire and will be defeated like Daish (Islamic State). Kurdish commentators and some international media sources have emphasised that the true target of the military excursion is not IS but Kurdish-led forces who were preparing for a military operation to liberate Jarablus, Al-Bab and Mare from IS and unite the three cantons of Rojava.

This claim was substantiated by Turkish officials who said they would not allow for a Kurdish entity to be created on their border.

Meanwhile US officials, including Vice President Joe Biden, have declared their support for the operation and called on the YPG to return to the east of the Euphrates. Many commentators are calling the US’s stance “treason” against the Kurds.

In response YPG commander Redur Xelil told Reuters the decision for their fighters to return to the east of the Euphrates will be made by the SDF General Command.

Turkish Foreign Minister Mevlut Cavusoglu also confirmed US support by saying the operation had been planned with the US “from the beginning,” and warned PYD/YPG to retreat otherwise they would “do what is necessary.”

Commentators have said the US, Iran, Russia, Syria and the Kurdistan Regional Government (KRG) gave the green-light and agreed on the operation.

However the Syrian Foreign Ministry has also condemned the excursion as “violation of the country’s sovereignty,” and said “Turkey is replacing one terrorist group with another.”

Russia has also weighed in with the Foreign Ministry saying they are apprehensive about developments on the Turkey-Syria border.

Turkish sources are saying the operation could continue into Al-Bab and Mare, with a final push on Manbij, which will likely lead to clashes with the SDF.