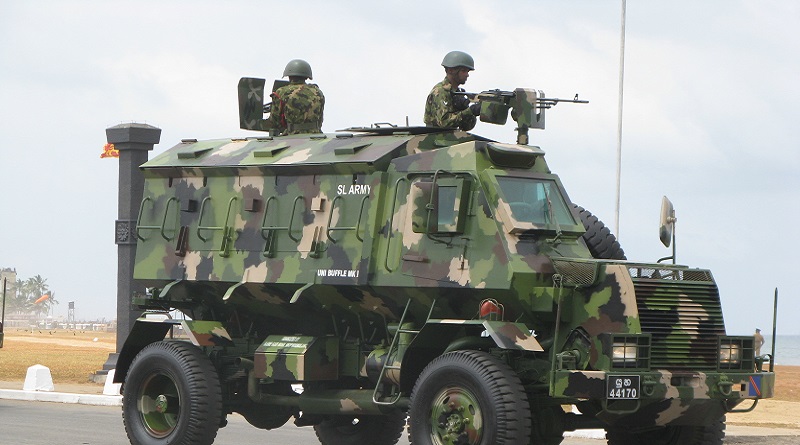 The intelligence wing of the occupying Sri Lanka Army in Moothoor East has been threatening the leaders of various social and justice organisations in an attempt to dismantle the entire social fabric that prevails among the resettled people of Champoor. There have been several reports of strict military surveillance on everything that moves in and out of Champoor and Tamil activists being forced to work as surveillance operatives. But, the latest move aims at dismantling the grassroots from sustaining their social fabric. The mediation board (I’nakka-chapai), Rural Development Society, Womens’ Development Society and the local justice systems that facilitate and mediate in disputes between the individuals in the society are facing serious threats from the SL military intelligence in recent days.

The Intelligence officers have been harassing the mediation board members and the local justice bodies to leave all civil disputes at the hand of the occupying SL Police.

The people of Champoor have been maintaining their local bodies to resolve disputes and to improve their livelihood and education at village level for decades. But, the SL military is perceiving the self-mobilisation of Champoor people as a continuation of the de-facto Tamil Eelam administration that existed during the times of the LTTE.

Similar trends of SL military intelligence trying to bring the RDS leaders under their direct control and influence have also been reported in Batticaloa in recent weeks.

In Champoor, the SL military is threatening the grassroots bodies to send all civil disputes for SL Police investigation.

There is a widespread feeling among the people that Champoor has become a military run ‘internment village’.

Without ensuring de-militarization of Champoor, it would not be possible to arrest the structural genocide against the nation of Eezham Tamils, rights activists in Trincomalee say.