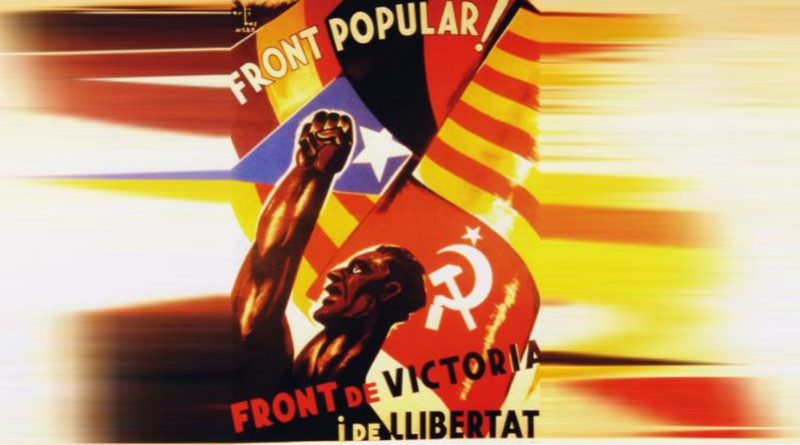 Fight in defense of a free Cataluya!

The destruction of the Catalan institutions and their usurpation applying article 155 by the reactionary government of the Spanish oligarchy must have a popular response, not only in Catalonia but along the whole Spanish State.

In the face of the appearance of the political parties of the regime and its shameful allies it’s necessary to raise a strong response of the oppressed peoples in the Spanish state, based on proletarian internationalism, this must be concretized in the constitution of popular struggle organizations or popular assemblies on support to the Catalan people. Wide organizations, able of mobilizing the democratic and progressive sectors of the people at all levels, able to face the repression of the regime, as well as the outlawing of parties that do not kneel to the Spanish state and its monarch-fascist constitution.

We demand a great unity against the authoritarian and fascist drift of the regime of the PP and its cronies of the PSOE, Ciudadanos, IU and other parties of this rotten regime.
A great unity of all the sectors and popular layers of our working people in defense of the People’s Rights.

For the right of self-determination of peoples!
For the democratic right to freedom of speech and demonstration!
Prepare the Revolutionary General Strike!
People’s War until Communism!
For the Galician People’s Republic!