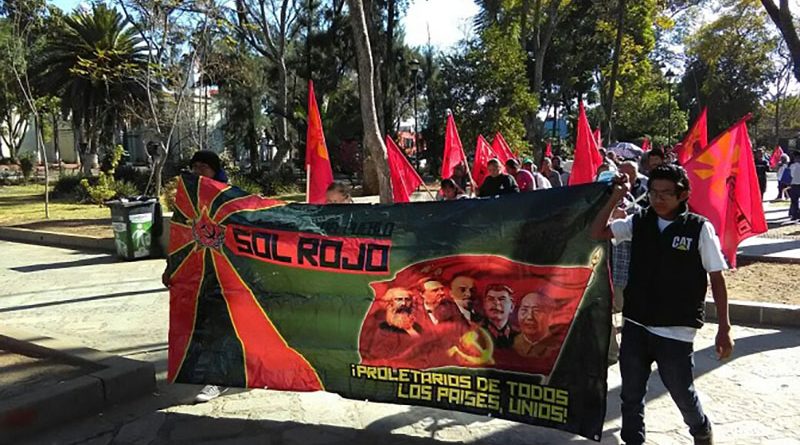 The revolutionary organization “Corriente del Pueblo Sol Rojo” released a statement declaring a day of struggle begins on February 26 in the City of Oaxaca with intention of conquering rights for the masses and boycotting the electoral farce.

“As of February 26, the militancy will be concentrated in the City of Oaxaca to develop our day of struggle to defend the people’s rights and to express our rejection of the electoral farce,” the Maoists explain.

According to the statement, all the struggle for protest will be united with workers, peasants, students and others under the slogan: “Serve the people wholeheartedly”

“With the beginning of this state day of struggle we reinforced our campaign of rejection of the electoral farce,” the Maoists explain, also pointing out that the campaign will march with the slogan: Don’t vote. Organize and fight!

The revolutionaries also launched harsh criticism of the electoral farce in the country, calling it an “electoral circus” and a “party of repression against the deepest layers of the population.”

“As economic ruin, hunger, misery, eviction of lands, forced displacement of populations, repression and war against the people increase, the bureaucratic bourgeoisie and the comprador, the big landowners and imperialism itself are anxiously preparing the electoral farce this year”, said.

The Maoists end their criticism by pointing out that in the electoral farce “the regime is not at stake, nor are the privileges of the exploiting classes.” The only thing that is on the table is the dispute over how cut the pie up and the possession of the “public powers”.