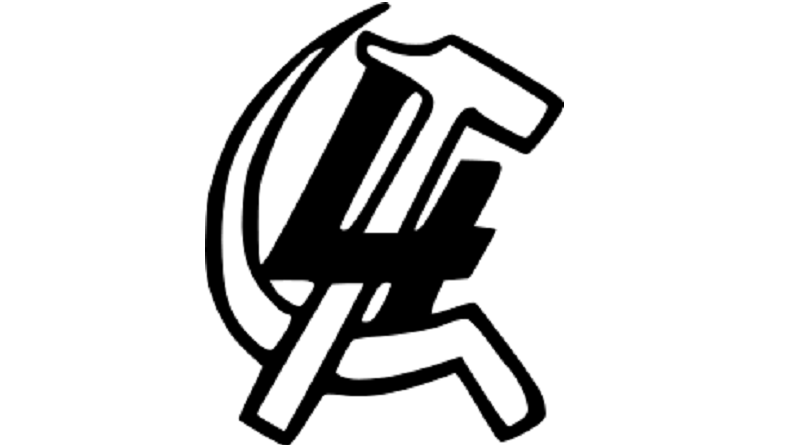 Anyone who thinks that there is such a thing as a legitimate “Fourth International” really needs to stop and consider history in a rational manner for more than one minute.  Such a consideration would make them realize that this supposed “International” suffered from two primary flaws at the moment of its inception: a) the fact that it consisted primarily of first world intellectuals and their friends, a few petty-bourgeois comprador third world individuals here and there notwithstanding; b) the fact that the vast majority of communists and communist movements still adhered to the Third International (which actually was an International) and saw Fourth “Internationalists” as a bunch of “wreckers”, perhaps even bourgeois agents (not that they necessarily were, but this charge was more common than the Fourth International’s claim about international status has ever been and ever will be), and so to claim some sort of international in this context was about as sensical as claiming that world capitalism had been defeated.

So if you call yourself an International but are not even connected to the organic movements in the global peripheries, and are mostly represented by an odd smattering of intelligentsia grouplets at the centres of imperialism, then you fall short of the mark of anything approaching the “internationalism” required for such a name.  (And since the Pabloists were kicked out of the Fourth International, and branded as “revisionists”, then you really have rejected any solidarity with the vast majority of the world’s revolutions!)  Maybe this sort of “international” branding worked for the First and Second Internationals, that really were based within a primarily European context, but after the Third International, which finally succeeded in reaching a truly international membership and passing motions representing this membership, an International that goes back and becomes little more than echo of the First International under Marx and Engels (repeated as farce, it bears saying) then it’s pretty clear you’re existing in defiance of the International that even Trotsky, when he was a revolutionary leader, participated in… And just because this same Trotsky was behind the founding of a pseudo-International two years before he died, one has to wonder if this was simply the result of the bitterness of exile.  After all, it wasn’t until around five years before his death that he started thinking about opposing the actual International that had kicked him out of its ranks.

This Third International was, to date, both the first and last event that was both communist and international.  Organizations and individuals from around the world, many of whom were active in revolution, were present; motions were passed, many of which the supposed Fourth International would ignore, and there was actually something worth calling internationalism.  No wonder the vast majority of the communist world continued to recognize the Third International, and have nothing but spite for the supposed Fourth, for a very long time.  No wonder the Fourth pseudo-international failed to gain traction when many of its assumptions seemed to exist in defiance of what was established, in a much more internationalist manner, during the course of the Third.

And yet the defenders of the Fourth International like to pretend that they are actually internationalist and their supporters are spread throughout the world.  They become very defensive when it comes to the actual revolutionary history of the world at large, pretending that they are an actual international force when they are little more than groups predominantly concentrated at the global centres of capitalism whose tiny supporting grouplets at the peripheries have been marginalized, sometimes viciously, by actual and organic revolutionary movements who have little patience for petty-bourgeois naysayers who emerge from the ranks of the compradori to sing the praises of the first world.  Whether or not it is politically correct to treat Fourth “Internationalist” as enemies of the people is, perhaps, and issue worth contemplating; at the same time, however, the fact that the representatives of this pseudo-International are both marginal and generally in the camp of the privileged classes in the global peripheries means that they are not at all the internationalists they pretend to be.  When you take your orders from Europe and the US, after all, and you are a tiny group of semi-privileged intellectuals who are utterly disconnected from the organic movements in your social context, you aren’t representing a global movement worthy of being treated as an International.

Hell, the Revolutionary Internationalist Movement [RIM] never dared to call itself an International.  Indeed, when it was founded and even went so far as to call for a new stage of revolutionary communism, it also asserted that it was not a new Communist International.  Interestingly enough, unlike the Fourth International, the RIM was an international organization that was connected to actual organic revolutionary movements throughout the world: it emerged in connection to the Peruvian Peoples War, it helped broker the unification of the Peoples Wars in India (which produced the Communist Party India(Maoist) which is currently cutting India in half), it once counted the Nepalese Peoples War in its ranks, and it produced the Communist (Maoist) Party of Afghanistan that is soon to enter its own revolutionary moment.  And yet, despite its legitimate connection to worldwide revolution, the RIM was careful to define itself as not being the next International.

This is always the problem––attempting to restart the dialogue of communist theory according to some “pure” notion of marxism that existed prior to the revolutions in Russia and China.  Rather than figuring out a way to go forward, and make sense of the successes through the calamity of obvious failure, there has most often been a backwards-looking tendency to just restart, restart, restart.  One must wonder, then, why the so-called Fourth International didn’t call itself a new First International since its very existence, from the outset, stood in defiance of the Third, Second, and First to begin with.  Even the Third didn’t go so far as to delegitimize the failures of the Second; it understood that the Second failed at its final point but, before that, it had learned a lot from the much more limited second––indeed, as Lars Lih has pointed out, Lenin wouldn’t have even been able to write What Is To Be Done? if it hadn’t been for the influence of the Second International’s prime theorist, Karl Kautsky, regardless of the fact that Lenin ended up walking away, along with every legitimate revolutionary, from this International at its conclusion.  And from the ashes of that International, Lenin and his allies succeeded in initiating the first truly international International.

Which is why I am more or less rationally offended by people who speak of a “Fourth International.”  Being someone trained in philosophy––and who tends to spend a fuck of a lot of time worrying about definitions, semantic precision, and logical coherence––I am generally offended by people who speak of an “international” and yet do not seem to understand how the term international needs to be logically satisfied.  It is one thing to speak of internationalism when your understanding of the world was narrower (i.e. during the time of Marx or Kautsky), but it makes no sense to transpose the same understanding to a reality that has been irrevocably changed by world revolutions and global communications.  Indeed, Hellenic historians could speak of Alexander “conquering the world” because their world was only a tiny sliver of the actual world… Today’s historians, however, wouldn’t make the same mistake.

[Hilariously enough, a post on a non-existent “international” has produced the most comments in a long while and so, due to this furor, I will again crudely pander for monetary support by pointing out that interested readers can donate the equivalent of a cup of coffee––or what they would pay for some shitty 4th Internationalist paper foisted upon them by an annoying sectarian at a demo––to MLM Mayhem here.]