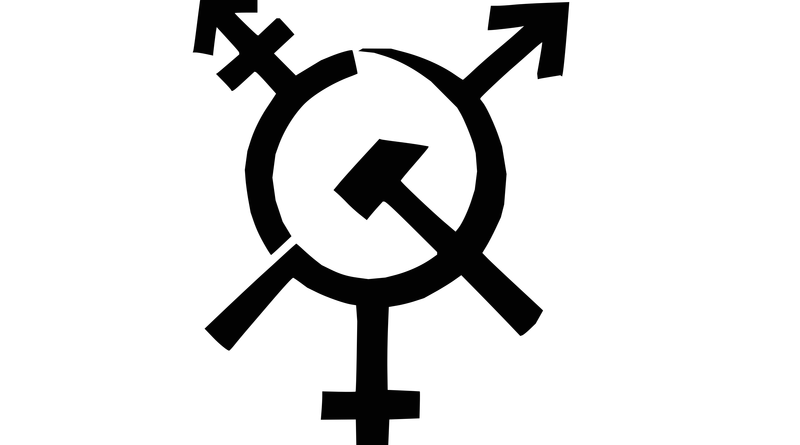 November 20th marks Transgender Day of Remembrance, a day intended for honoring the memory of all trans individuals who have lost their lives as a result of violent hate crimes. This event has made its way into the mainstream in the United States now, and the Department of State has released an official statement. We at the Progressive Student Organization of Napa find this statement and any attempts of the government to claim solidarity with the trans folks of this country to be blatant hypocrisy. The United States of America has never been a friendly place for the thousands and thousands of queer and trans people that have lived here over the years, and the country has been an especially dangerous place for transgender and queer people of color.

Mainstream media has only recently begun to mention the alarming amount of victims of brutal murder who are transgender women, but many people in our society still seek to talk about anything but the problem. Earlier this year, 49 people were massacred in a gay nightclub in Orlando, Florida, by a reactionary homophobe. Gay clubs throughout history have been havens and sanctuaries for queer and trans people, and especially so for working class queer and trans people as well as queer and trans people of color. An attack on one should have been easily seen as an attack on the LGBTQ+ movement and community as a whole, not far different from the police raid in 1969 of the Stonewall Inn, when the response to the police raid spawned a movement across the country demanding rights for transgender and queer people.

Republicans and other reactionaries were quick to shift the focus to ISIS and foreign terrorism in order to cultivate Islamophobia and popular support for further imperialist intervention in the Middle East and persecution of Muslims in our country. What they didn’t want to mention is that Omar Mateen’s beliefs and views about queer people in this country were the same as their own. His behavior and attitudes were examples of a classic all-American reactionary, hoping to uphold patriarchy and cheering on the extermination of queer folks across the globe. Reactionaries are constantly seeking to make violence against queer people about something else when the masses demand answers to why their siblings are being slaughtered in the streets.

On the other side of the same coin, we have the liberals, who despite making statements on their support for LGBTQ+ emancipation, act counter to this. One example frequently discussed is Justin Trudeau, who despite being an outspoken advocate for the queer community of Canada and the world, has made no effort to distance his country from the reactionary state of Saudi Arabia. The nation of Saudi Arabia is a reactionary theocracy, where homosexuality is a criminal offense. In Saudi Arabia, homosexuals are beaten, tortured, murdered, and on at least one occasion beheaded. Despite this, Trudeau insisted on upholding a contract for the sale of weapons to Saudi Arabia, and similar action has been taken on the part of the United States by politicians who also claim to support transgender and gay rights.

Why is this? The answer lies in the same Marxist understanding of capitalism that allows us to see the inextricable links between capitalism and war, capitalism and poverty, capitalism and racism, and capitalism and misogyny. In this system, profit will always be prioritized over the lives of our siblings. While the reactionary capitalist-imperialist governments continue to rule, the pervasive queerphobia that manifests itself in harassment, brutal murder, and the epidemic of suicide among transgender communities will continue to exist. The unbearable and cruel conditions of the lives of many of these individuals has produced an epidemic of drug use, homelessness, mental illness, and suicide among the se communities. Living as a trans person in this society is a daily challenge for thousands, and it is because of the system of capitalism-imperialism that puts profit over the well-being of the oppressed.

There is only one solution to the attack on transgender people across the world, and it is the overthrow of the capitalist-imperialist system through revolution. Non-profits such as GLAAD, paid for by corporate institutions, can do nothing to emancipate our people and bring an end to the violence and oppression of transgender people. It is an insult that these organizations, putting forth useless liberal “solutions” such as days of silence and sigils, claim to commemorate a “Day of Remembrance”. If we are to remember the oppressed trans people of the world, shouldn’t we fight to destroy the system that took their lives? Shouldn’t we seek to serve the people and advocate for a real end to the oppression and suffering of trans people of color, who are straddled by both racism and transphobia? Selling t-shirts, holding candlelight vigils, or making hash tags does not serve the people. Building organized and active resistance to the capitalist system does. Working within our community with the masses to meet their needs and educate them makes change. To cite just one example of this, we can look to the Revolutionary Alliance of Trans People Against Capitalism in Austin, Texas. These comrades engage themselves actively in the fight against oppression as well as holding study groups and public meetings for the trans people of their city. All interested in fighting back should look to them and others like them for how we really begin to enact change in our communities and in our world.

The Progressive Student Organization of Napa commits itself to fight alongside the transgender and LGB+ communities in the battle to emancipate themselves from the oppressive and dangerous society which they find themselves living in. We honor the memory of not only those who have been murdered, but the countless who have died of suicide as a result of the cruel, patriarchal, and unforgiving society that we live in today. We honor the memory of heroes such as Sylvia Rivera and Marsha Johnson who dedicated their lives to the struggle. In honor of their memory, we shall fight for a world free of oppression, combating along the way any force or person that seeks to hinder the long march to the emancipation of transgender people in our nation or around the world. With the masses on our side, we cannot lose!

LONG LIVE THE FIGHT AGAINST CAPITALISM