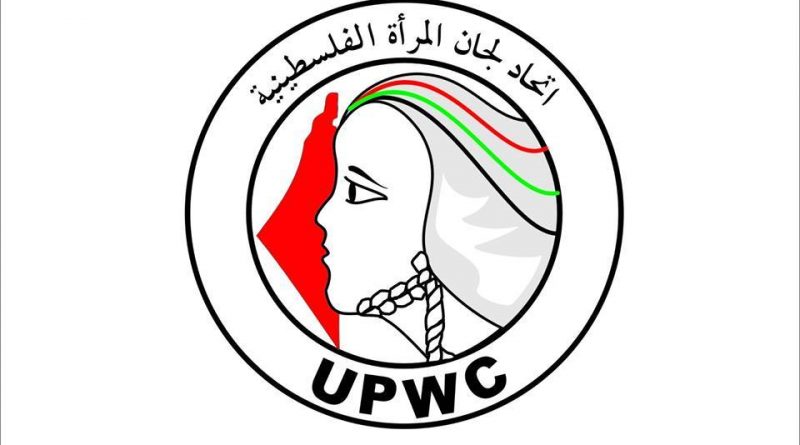 The Union of Palestinian Women’s Committees issued a new statement, below, in response to the so-called “Women Wage Peace” normalization rally scheduled in Jericho for October 8:

As the Union of Palestinian Women’s Committees, we categorically reject what the so-called “Palestinian Committee on Communication with the Israeli Society” has done in promoting the organization of a women’s march in October near the Jordan river in Jericho, promoted as a march of Israeli and Palestinian women for “peace.” This is a blatant call for popular normalization of the Zionist occupation through the instrumentalization of women. This activity is a shameless fraud that seeks to forcibly impose normalization with the occupier upon Palestinian women, in clear violation of the sacrifices of our women martyrs, prisoners, wounded and strugglers to liberate our people from that occupier. Our position as a Palestinian women’s movement in occupied Palestine against normalization is very clear, as is our demand for the boycott of occupation in all forms, including economic, cultural, academic and all other forms of boycott.

On behalf of all of the struggling Palestinian women, we call upon our brothers and sisters, comrades, strugglers and all honest forces of the Palestinian people, men and women, to stop the “Women Wage Peace” march, and we call for the investigation and national prosecution of those responsible. Those who seek to force Palestinian women to normalize relations with the enemy seek to break our national consensus precisely at a moment of struggle for unity and national reconciliation.

As the Union of Palestinian Women’s Committees, we affirm that we will stand strong and confront this rhetoric and these malicious conspiracies in the name of Palestinian women and the so-called “peace” deception, which in reality only reflects the will of a monopolistic sector that wants to impose its interests and decision by force against the Palestinian national consensus of women and men.