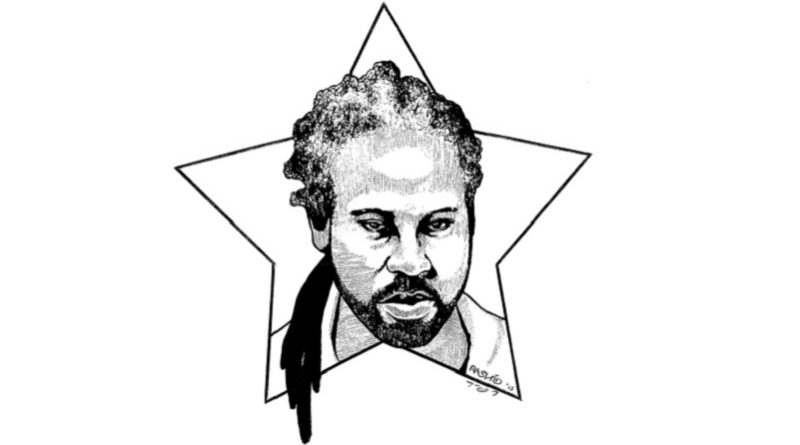 Incarcerated Florida organizer and Minister of Defense of the New Afrikan Black Panther Party (Prison Chapter) Kevin “Rashid” Johnson is facing political repression in the form of an “inciting a riot” charge for his article “Florida Prisoners Are Laying it Down”.

Read a transcription of a letter we received from Rashid here:

I presume you’re aware of my recent article “Florida Prisoners Are Laying it Down”, concerning the upcoming protest here in FDOC.

Well the warden here just had me written a disciplinary report in retaliation for the article, claiming I was inciting or attempting to incite a riot or demonstration, which is an obvious lie; and can be easily seen by anyone who reads it. Here’s what the DR says (it was written by a Lt. Martin Sanders on 1-10-18):

“A approximately 6:17 am on Wednesday, January 10, 2018 while assigned to Florida State Prison as an administrative lieutenant, I received an email correspondence from warden B.V. Reddish. In the email an article was attached written by inmate Johnson that had been submitted to and published on https://itsgoingdown.org. Inmate Johnson’s article is titled, “Florida Prisoners Are Laying it Down”, and opens with the following statement: “During early 2018 prisoners across Florida are gonna ‘laydown’ in nonviolent protest of the intolerable conditions in Florida’s prisons.” This article is included with a series of other articles related to “operation push” which is a possible upcoming prison strike that is being planned by numerous inmates across the state of Florida. Inmate Johnson makes numerous allegations of mistreatment of inmates at Florida state prison and proclaims Florida to be the worst prison system of the four various states he’s been incarcerated in. The full article is attached to this report. This formal disciplinary report is in accordance with section 33-601.303, FAC.”

The article does nothing but state the conditions that Florida prisons are protesting and confirms how vile those conditions are. Nowhere is anyone told to do anything. It is only a piece of journalism, which is constitutionally protected exercise of speech and press. Also FDOC prisoners have no internet access, so how is something published online inciting prisoners?

This is retaliation plain and simple for publicizing abusive conditions, and why and that FDOC prisoners are planning a protest. These pigs don’t like that these conditions are being exposed and prisoners portrayed positively.

Be well and PL!