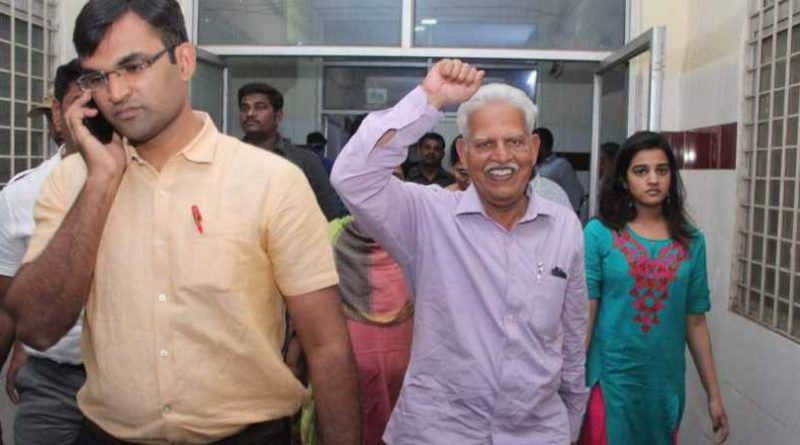 Rao wanted temporary bail to visit his hometown to perform post-death rituals of his sister-in-law who died on April 22.

However, the prosecution, objecting to the temporary bail to Rao, cited a letter to Pune’s Joint Commissioner of Police by Hyderabad Superintendent of Police (Special Intelligence Branch) which stated, “Considering seriousness of the crime, there is a possibility that accused may abscond if he is allowed attending the last rites of his relative”.

“Moreover, there is a possibility of a serious attack on the police party, who will be deputed for an escort, by Naxals,” the letter added.

The prosecution also informed the court that the letter stated that as per Hindu traditions and customs, there is no established procedure and norms to attend “pedda karma” (10th-day ritual) by the brother-in-law of a deceased who is survived by her children.

After hearing the arguments and going through the written submissions from the prosecution, judge Vadane Monday rejected the temporary bail application.

However, the Supreme Court later asked the police to place them under house arrest.

On November 17, Rao was re-arrested by Pune police.

The prosecution, in its submission, said the accused is an active member of the proscribed CPI (Maoist) and along with other accused, was involved in unlawful and terrorist activities, and that investigation so far had revealed that he was involved in raising and distributing funds to smuggle arms and ammunition.

“There is ample of evidence against the accused and the charge sheet too has been filed and therefore it is not desirable to release the accused on temporary bail,” according to the prosecution.