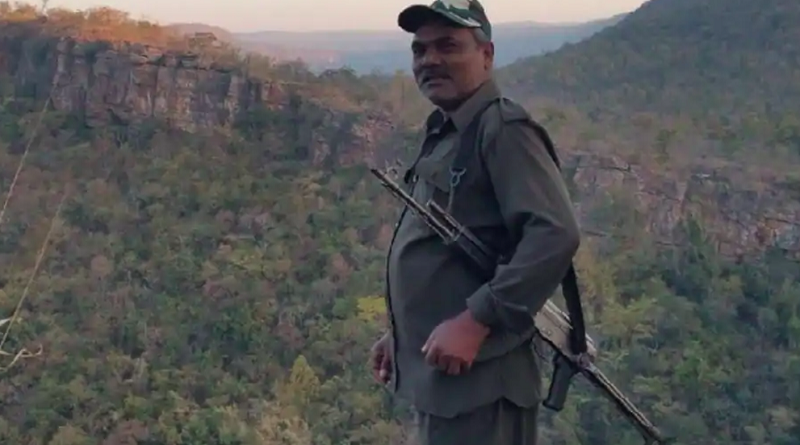 On May 18, Chhattisgarh police got information from intelligence officers about Maoist leader Deepak Teltumbde camping in the jungles of Mandla district of Madhya Pradesh to meet some villagers.

Police swung into action to track the central committee member of the Communist Party of India (Maoist) but found that they got the intelligence input a day late.

Milind Baburao Teltumbde alias Deepak Teltumbde alias Jeeva is one of the senior-most functionaries of the CPI(Maoist) and special zone secretary for Maharashtra, Madhya Pradesh and Chhattisgarh (MMC) zone.

Teltumbde has been given the task to create a new territory that allows rebels easy passage from east to west and vice-versa, and safe abode for the senior rebel leaders.

Police officers said Teltumbde has been visiting the MMC areas regularly and has recruited about 200 locals for a commando unit, called Vistaar Dalam, of MMC.

“Deepak is presently concentrating on training and developing human intelligence inside the MMC which the Maoists lack,” a senior police officer of Chhattisgarh said.

Jitendra Shukla, Rajnandgaon’s superintendent of police (SP) who has been tracking him for long, said Teltumbde mostly lives in the jungles of Mandla, Rajnandgaon and Kawardha districts in Chhattisgarh, which comes under MMC zone

But he has spent the past four months in the urban areas of Maharashtra for meeting party cadres and working out a strategy, Shukla said.

“We have come to know that in Nagpur, he met many people most in an auto-rickshaw to prevent detection. Teltumbde has a good network in Vidharbha region especially in Nagpur,” he said.

“Teltumbde never trusts anyone,” another Chhattisgarh police officer, who has created his digital profile based on interrogation of rebels, who worked with him in the recent past, said.

A close aide of Teltumbde surrendered in 2019 in Rajnandgaon, which helped the police get information about his movement during Moaist operations in three states, mainly in Madhya Pradesh.

“Well-informed and well-read, Deepak is always on the move. He knows the jungle in Madhya Pradesh and Maharashtra very well and it is not easy to catch him,” said the second senior police officer, adding that off-late he has developed health issues, which has restricted his movement.

“Deepak is suffering from spondylitis because of which he has lost conscious while walking in the jungle. He has diabetes and his right knee has also been operated once,” he said.

Teltumbde moves heavily-armed bodyguards and a platoon of Maoists in the jungles. According to senior Maoist leader Pahad Singh, who surrendered in 2018, he takes all the major decision of the zone.

“He was the person who pushed the idea to develop Amarkantak as ‘base area’ of MMC, in a meeting in 2016, in which Central Committee Members (CCM) of the CPI(Maoists) including him were present,” a senior Indian Police officer (IPS) officer who interrogated Pahaad Singh, said.