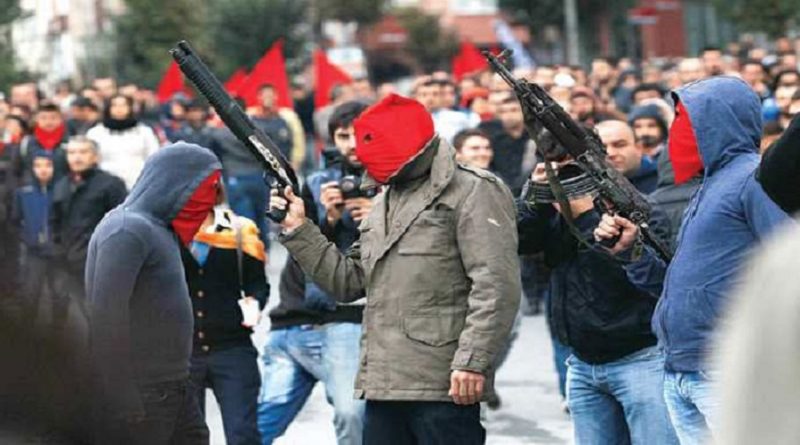 People's War Turkey
October 19, 2016 C. Kistler DHKP-C, Diyarbakir
On 10th of October, DHKC issued a statement about the action that took place on 5th of October against a TOMA (police water cannon) vehicle in front of the Diyarbakir governorship. DHKC rural guerrilla punished a police officer and withdrew without losses.
In the statement, DHKC says: “On 5th of Ocober 2016., we carried out an action against torturing assasin police which was on the duty in front of the Diyarbakir governorship. After our action in which we punished one police officer, our guerrillas withdrew in a safe manner.
Our organisation which was the first to carry out a raid on a police station, realised one more. With the action we carried out in Diyarbakir we proclaim that we will not surrender the people of Anatolia to the imperialism nor to it’s facsist collaborator, the AKP power.
Imperialism will not seize control of the people of Turkey. We will hold on to the all territory that spans from Istanbul all the way to Diyarbakir. We take our audacity from the historic and politic rightfulness.
We went to Diyarbakir and we carried out an action against the police in front of the building which is the heart of AKP in that province.”
According to the statement from the governorship one police was wounded.