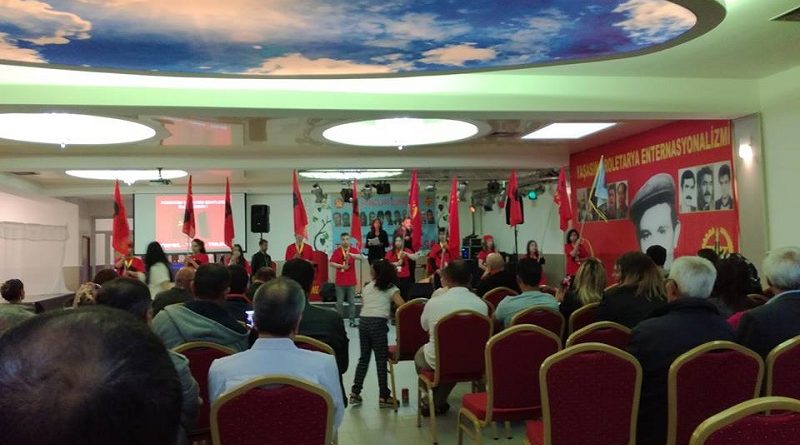 The PCM was invited to the commemorational evening for the 44th year of the death of the comrade and communist leader Ibrahim Kaypakkaya, organized by the comrades of Partizan. Here is the statement of PCM that was read on this occasion:

“Ibrahim Kaypakkaya left us 44 years ago, assassinated by the armed forces of the Turkish reactionary state. Ibrahim Kaypakkaya was the founder of the TKP/ML (Turkish Communist Party / Marxist-Leninist) and it armed wing TIKKO (Turkish Workers ‘and Peasants’ Liberation Army). He represented in Turkey the red line of the communist movement having broken with the revisionists and the opportunists. He fought against revisionism in its highest form at that time: the revisionism of Safak within the TIIKP. With the foundation of TKP/ML and TIKKO, he was the glorious initiator of the Protracted People’s War in Turkey. Ibrahim Kaypakkaya left immortal contributions to the people of Turkey to advance towards the Revolution of New Democracy and then Socialism.

For this occasion our Party decided to publish in French one of the fundamental texts of Ibrahim Kaypakkaya: The National Question in Turkey.

Our Party also published for this occasion a long statement aimed at presenting the life and teachings of Kaypakkaya in French, particularly on the issue of armed struggle, Kemalism and the Kurdish national movement. 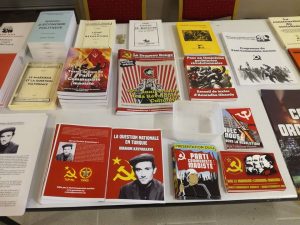 Ibrahim Kaypakkaya is a source of inspiration for all Communists around the world. His revolutionary commitment, his theoretical analyzes and his sacrifice for the revolution represent models for every communist in the world.

By founding the TKP/ML and TIKKO, Kaypakkaya has armed the Turkish people with its most powerful weapons to overthrow imperialism, bureaucratic capitalism and feudalism.

Our Party wishes to salute the members of the TKP/ML and the fighters of the TIKKO. In particular, our Party wishes to pay the highest possible tribute to the 12 fighters of the TIKKO who fell into martyrdom last year. Among these revolutionaries, we particularly welcome Comrade Yetiş. Yetiş was born and raised in France. He was an activist fighting in France. Yetiş was imprisoned in France for his Maoist engagement. Yetiş was not only a revolutionary but a great artist who put his talents at the service of the people’s cause.

Our Party expresses its warmest greetings to the TKP/ML and the TIKKO, which is continuing the struggle for the Revolution of New Democracy by following the strategy of the Protracted People’s War adapted to the conditions of Turkey.