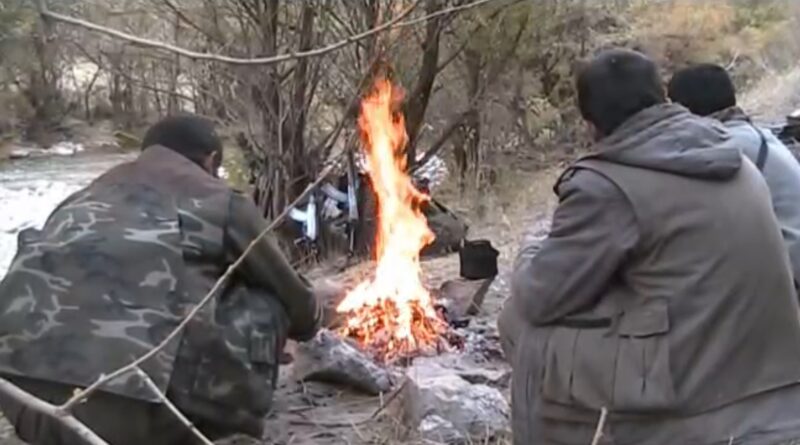 “Guerilla Four Seasons” is a documentary in which guerrilla life is shown based on the diaries of a new TIKKO guerrilla, and all of the filming, music and technical preparations are made by the guerrillas. The name comes from Comrade Hakan Çakır (Yurdal), when he told a new guerrilla “You have to live here four seasons to understand the guerrilla.”

In the documentary, ideological, political and military training, the organization of life, the labor process, the guerrilla’s interventions in current developments, etc. are told through the eyes of a new guerrilla who has experienced the four seasons.

Many details of daily life are revealed; making smokeless fires, the difficulties of night walks, making camps, storage and bread, winter preparations, measures taken against enemy attacks, enthusiasm with the arrival of spring, organization of activity groups, etc. makes the audience a part of the daily life of the guerrilla. It was also pointed out that cultural and artistic works are an indispensable part of guerrilla life, showing that the guerrilla is not at all detached from life and production.

The documentary was shot, directed and edited by guerrillas. It shows that even under difficult natural conditions, revolutionary creativity knows no limits. Guerilla Four Seasons once again drew attention to the importance of art in our revolution, albeit with an amateur camera.

The music of the documentary was made by Comrades Ahmet (Yetiş Yalnız) and Rıza (Murat Tekgöz) from TİKKO Music Group.

Many comrades who took part in the documentary, from its technical preparation to the shooting stage, from enacting to routine daily practices, have been immortalized in this war. Our documentary has gained a special importance in terms showing their lives.