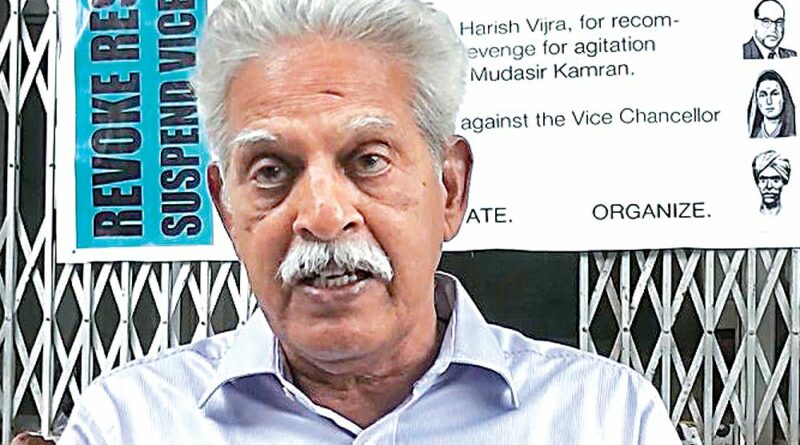 Mumbai, August 27, 2021: The 81-year-old poet and political prisoner Varavara Rao, an accused in the Bhima Koregaon case, has filed for an extension of his medical bail, which expires on September 5, before the Bombay High Court.

On February 22 this year, Mr. Rao was granted medical bail on a cash bond of ₹50,000 by a division bench of Justices S.S. Shinde and Manish Pitale. However, due to a delay in obtaining a solvency certificate, Mr. Rao was released only on March 6. Since then, he has been residing with his wife P. Hemalatha at Malad East.

His petition mentions that due to his frail health his advocate had applied for exemption from personal appearance before the NIA court on remand dates. He has been reporting every fortnight to Kurar (East Malad) police station through Whatsapp video calls and has abided by all conditions levied by the court and not violated any directions.

He has been suffering from constant headaches, known as cluster headaches and needs further examinations and constant supervision. A neurologist at Jaslok Hospital said he has asymptomatic Parkinson’s ailment and has retention problems, movement disorders with tremors and gait instability.

The matter is expected to be heard on August 31 by a division bench of Justices S.S. Shinde and N.J. Jamadar.

On November 18, 2020, the Maharashtra government had agreed to shift Mr Rao from Taloja Central jail hospital for 15 days for medical examination and treatment. Mr Rao continued to be admitted there till the court granted bail.