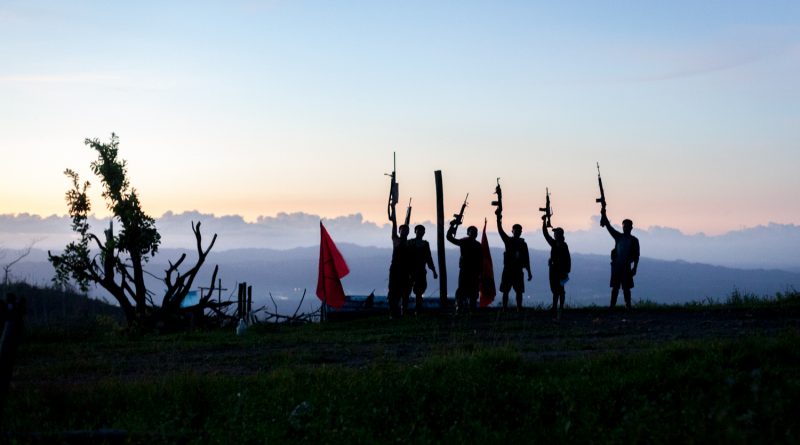 The Negros NPA Regional Operational Command launched a total of 17 armed actions since late January this year which netted for the people’s army 10 high-powered rifles, 15 short arms and assorted ammunition and other military materiel. These were carried out through the five guerrilla fronts in the the island.

“This tactical offensive was long overdue in the face of the revolutionary masses’ clamor to punish the fascist PNP unit in Guihulngan who, for years, have been committing extra-judicial killings against ordinary civilians, aside from protecting drug lords and criminal gangs while being guns-for-hire themselves,” he added.

During the last six months, the NPA also successfully implemented punitive measures against fourteen land-grabbers, criminal elements and intelligence assets of the 303rd Brigade responsible, just this year, for a host of human rights violations and anti-peasant activities, including the salvaging of four legal activist-leaders. Their punishment hit at the capability of the AFP/PNP to inflict further harm upon the people’s lives, rights and livelihood within and outside the guerrilla areas in the island.

The enemy also suffered further damage in the three defensive actions so far this year, with the 62nd IB losing two of its men in June 22 at barangay Cambayobo, Calatrava town, and the 79th IB four of its own in June 30 at barangay Binobohan, Guihulngan City.

In all these offensive and defensive actions, the people’s army had only one fighter slightly wounded.

Ka Juanito Magbanua said “these demonstrate the NPA’s increasing capability in launching armed struggle that is integrated with agrarian revolution and base building; nevertheless, we must constantly improve ourselves as the US-Duterte regime strips itself of all progressive trappings and intensifies its brutal reactionary war against the armed revolutionary movement.”

In this regard, the NPA Regional Operational Command also conducted two politico-military trainings during the last six months aimed at improving the fighting skill, political capability, combat discipline and revolutionary militance of NPA commanders and fighters. The first was the 40-day Basic Politico-Military Course-Instructors Training, which had 27 graduates. The second was the 50-day Basic Politico-Military Course, with 67 graduates. At least 80% of the trainees were aged 18-30, while around 15% were of petty-bourgeois class origin.

Ka Juanito Magbanua said these trainings provide added impetus for Red commanders and fighters to better implement the Party’s three-year program aimed at, among others, building more and bigger NPA formations at all levels, intensifying armed tactical offensives to seize arms and other military equipment mainly from the AFP/PNP, and waging an extensive and intensive guerrilla warfare based on an ever-widening and ever-deepening mass base.

The trainings were the first held since 2008, when Negros became one of the national priority targets for sustained counterrevolutionary campaigns under Oplans Bantay Laya 2 and Bayanihan. The people’s army in the island had to make do with politico-military crash courses in the face of sustained search-and-destroy operations of the enemy until 2013, while prioritizing rebuilding work of the revolutionary mass base thereafter.

As the fourth major island in the country and the second in the Visayas, it is necessary for the armed revolutionary movement in Negros to overcome its weaknesses and rectify its errors in order to help frustrate the US-Duterte regime’s Oplan Kapayapaan and contribute in the national development of the strategic defensive of the people’s war towards a new and higher stage, Ka Juanito Magbanua concluded.