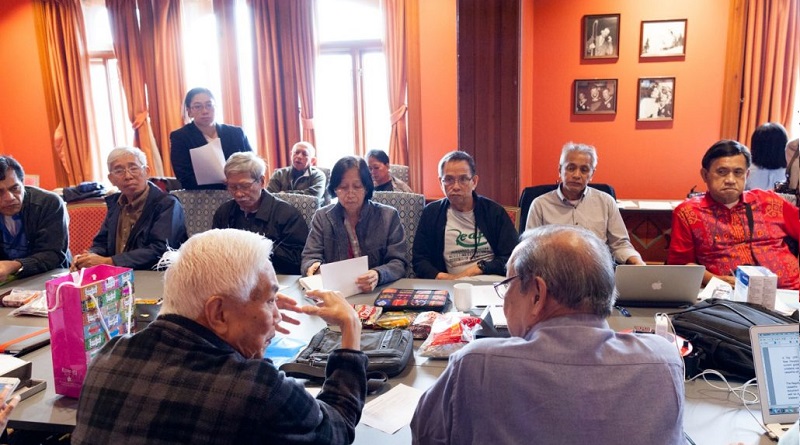 National Democratic Front of the Philippines (NDFP) peace panel member Benito Tiamzon decried what he called persistent disinformation from the Government of the Republic of the Philippines (GRP) that the two parties are close to signing a bilateral ceasefire agreement.

Tiamzon was reacting to a news report published over the weekend in a Mindanao online daily quoting government peace panel chair Silvestre Bello III that both panels hope to ink a bilateral ceasefire agreement by December 10.

He denied that the two panels have been exchanging drafts on the ceasefire agreements since the resumption of the formal peace negotiations in Oslo, Norway in August 2016.

He moreover belied Bello’s claims that the only hurdles to the forging of a bilateral ceasefire accord were technical in nature, such as coming up with common definitions of “hostile acts” and “buffer zones.”

Tiamzon said there was obviously a campaign by the GRP to drum up false news about an impending bilateral ceasefire in order to gloss over the serious obstacles put up by the GRP to the forging of a more stable ceasefire.

It was Tiamzon’s second denial in four days and the NDFP’s third rejoinder in a week to a series of news reports that have come out since November 7 that a bilateral ceasefire agreement was in the works.

Unilateral ceasefires declared by the NDFP and the GRP have remained in force since August in the absence of a notice of termination by either side.

Tiamzon stressed the improbability of signing a bilateral ceasefire agreement in the near future in the face of field reports received by the NDFP on AFP and PNP violations of their unilateral ceasefire in Panay, Eastern Visayas and Sorsogon published in Philippine Revolution Web Central (www.cpp.ph) as well as reports from Karapatan-Bicol of intensified militarization in Masbate.

In Masbate, soldiers have reportedly been conducting maneuvers in the guise of the government’s anti-drug campaign, Oplan Tokhang, going house-to-house and questioning residents. Instead of asking about drugs, however, the military has been interrogating residents about the New People’s Army. The military has been occupying barangay halls, day care centers and even schools in Cawayan, Dimasalang and Palanas towns and have also been terrorizing the people by repeatedly conducting a census of residents in the communities.

Tiamzon said that “with the NPA restrained from mounting offensives, the AFP and PNP continue to violate the people’s rights with impunity.” Under such conditions, even the unilateral ceasefire would prove difficult to maintain, he warned.

Tiamzon also reiterated that as of mid-November, the NDFP has not monitored any development in the GRP’s pledge to release a substantial number of political prisoners by the end of this month.

There are more than 400 political prisoners in various detention facilities nationwide, including three NDFP consultants being held at the National Bilibid Prisons.