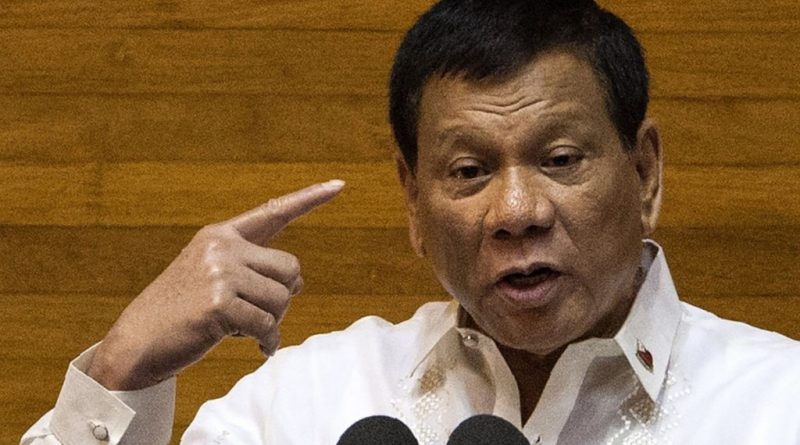 Not soon after taking power, the Duterte regime would carry out one of the most vicious campaign of mass violence and expose itself as one of the worst since the Marcos dictatorship. He has imposed martial law on Mindanao and put Samar, Negros and Bicol under military rule resulting in widespread abuses of people’s rights. Supported by the US, Duterte has mounted a brutal war to suppress the people’s revolutionary movement as well as their patriotic and democratic forces.

Duterte’s all-out war of suppression aims to secure the ruling system by preventing the people from resisting and rising up as they are subjected to the most despicable and oppressive neoliberal policies. Duterte’s misrepresentation of himself as a “socialist” three years ago is now all but forgotten as he has attacked with outright brutality the economic and social rights of the people to serve the interests of transnational corporations and foreign big capitalists, big compradors and big landlords.

The brutal, treasonous, corrupt and oppressive US-Duterte regime is a grotesque outgrowth of the rotten ruling semicolonial and semifeudal system. As the ruling system slumps from one crisis to a deeper one, the reactionary state increasingly sheds all pretensions and exposes its real essence as an instrument of oppression and exploitation against the people.

Duterte has assimilated and aggravated the worst aspects of all the past regimes and has set sights on surpassing his idol Marcos. He has succeeded to concentrate under his three-year regime all the political, social and economic evils of the past three decades.

There is urgent need to strengthen the organized ranks of the Filipino people and intensify their mass struggles. They need to build unions and all forms of organizations, raise their collective consciousness and take action in great numbers.

Under the leadership of the Party, all commands of the New People’s Army must carry out tactical offensives in order to deal one blow after another against Duterte’s fascist troops, serve justice for the people, and build their revolutionary strength and raise the level of the people’s war.

Three years under Duterte is more than enough! The need to rise up and resist is crystal clear.