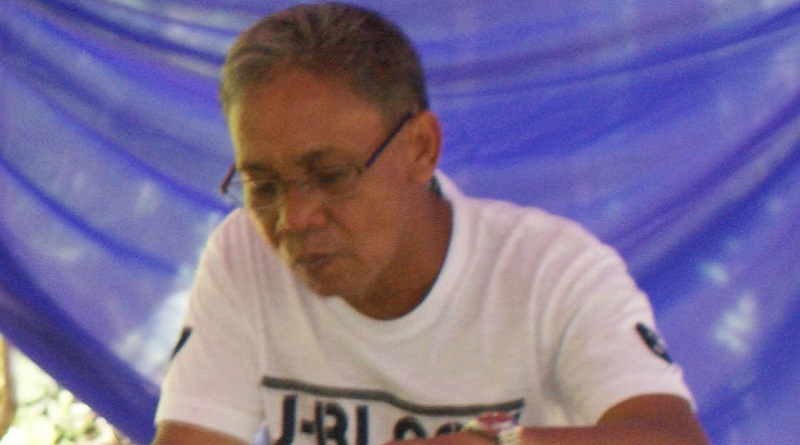 The Armando Catapia Command (ACC)-NPA Camarines Norte extends its condolences to the family and friends of the two NPA comrades Andres “Ka Magno/Ka Carlo” Hubilla and Miguel “Ka Billy” Himor from the Celso Minguez Command (NPA-Sorsogon), and the two civilians Arnel Borres and Dick Laura. The ACC is one with the Communist Party of the Phlippines’s vow of exacting justice for the cowardly and brutal massacre.

Last July 28, combined forces of the Sorsogon Police Public Safety Coy (SPPSC), 96th Military Intelligence and Combat Operatives (MICO)-PA, 31st IBPA and 22nd IBPA raided the temporary resting place of the two NPA members in Sitio Namoro, Brgy. Trece Martirez, Casiguran, Sorsogon. Ka Carlo was able to maneouver but left his short firearm. He was caught and murdered. Ka Billy and the two civilian witnesses were also caught and murdered. Acoording to the residents and the fact-finding missions launched, there were no other NPA units in the area, and no encounter took place, disproving the PNP-AFP’s claim that they fought with 30 NPA elements.

This is a clear violation of the Comprehensive Agreement on Respect for Human Rights and International Humanitarian Law (CARHRIHL). The two NPA members were already caught, unarmed and thus, in no capacity to fight back, and should have been treated as hors de combat or outside the fight, with the basic right to life. Their murder, along with the murders of the 2 civilian witnesses, is a violation and evidence of the cowardice and brutality of the AFP and PNP. Nothing good can be expected from those who fight without principle, more so when they are egged on by their rabid President to kill, instead of arresting, the NPA.

Ka Carlo is known by the masses and comrades as a humble revolutionary cadre. A former teacher by profession, he loved discussions, even with other prisoners when he was incarcerated. Often called “’Pay Carlo” (Father Carlo) by the masses and comrades whom he lived with and guided, his small frame hid the fact that he was one of the pillars of the movement in Sorsogon.

The rabid dogs of the AFP and PNP are mistaken in thinking that this will weaken the revolutionary movement. If they know their enemy, then they should know that each death and murder of a revolutionary, especially one as cowardly and brutal as the Casiguran 4 massacre, recruits more fighters for the NPA, and adds fervor and fire to the struggle of the revolutionary forces.