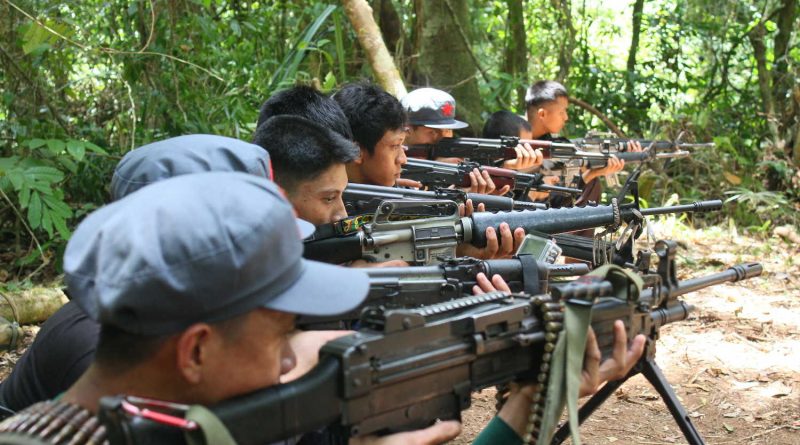 DAVAO CITY, Philippines – Tensions rise between the Philippine government and the Communist Party of the Philippines (CPP) as its armed wing on Monday, December 18, said it vows to remove the country’s leader from power.

“The revolutionary forces join the broad united front of all peace-loving citizens in the country to oppose and oust Duterte and install a government respectful of justice, genuine democracy and freedom,” Rigoberto Sanchez, spokesperson of the New People’s Army (NPA) Merardo Arce Command said.

In a statement signed by Sanchez, the NPA described the president as a “drug-crazed monster,” the “country’s number one terrorist”, and a “madman.”

The NPA also referred to the first Mindanaoan president as the “Adolf Hitler of the South” who is “capable of exterminating millions of Filipinos should he continue to sit in power for the next four and a half years.”

Sanchez said they are not deterred by the threats and escalating human rights abuses in Duterte’s regime.

The revolutionary forces, he added, “join the broad united front of all peace-loving citizens in the country to oppose and oust Duterte and install a government respectful of justice, genuine democracy and freedom.”

“It is his madman’s dream to place the country under a perpetual police state, desperate as he really is, to hold on to power as a US puppet and chief representative of his cronies of the big bourgeoisie and landlord class in the country,” said Sanchez.

The President criticized the communists for “insincerity” as their attacks against government troops continue.
In a speech on Monday, Duterte likened the NPA to the ISIS.

“I’m sick and tired of talking to you. Almost pareho kayo ng ISIS (You are almost similar to ISIS). It’s an empty thing. There is no ideology except to destroy and kill,” he said.