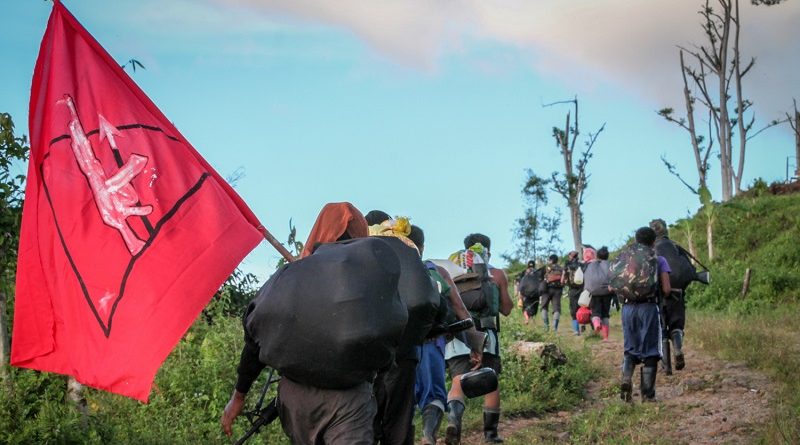 About 21 firearms were confiscated by the New People’s Army-Front 14 in North Eastern Mindanao Region (NEMR) when it raided, without a single shot fired, the mine owned by the Lademora family in Sitio Sinug-ang, Bayugan 3, Rosario, Agusan del Sur at around 7 o’clock in the morning of May 13, 2017. The 21 firearms included 2 M16, 1 AK47, 1 BAR, 1 M14, 1 Garand, 4 Carbines, 3 M79 launcher, 3 shotguns and 4 caliber .45 handguns and 1 .38 revolver. The NPA also confiscated assorted ammunitions, magazines and other military supplies.

The confiscation of firearms from the armed forces of the Lademora family is a punitive action of the NPA for the long record of abuse, crime, destruction of people’s livelihood and exploitation of small miners committed by the Lademora family. This also served as justice for the victims.

Through the continuing control of said armed forces and the remaining notorious Lost Command forces, the Lademora family monopolize mining in Sinug-ang, Bayugan 3 and deprived other people of livelihood. Residents feared the existence of said armed group controlled by the Lademoras.

The Lost Command is the armed group organized by then Philippine Constabulary Colonel Lademora in the late 1970’s. It was composed of his former PC colleagues and criminal elements. It functioned as a private army of the National Guthrie Plantations Inc. (NGPI) and Agusan Plantation Inc. (API) to grab land from farmers in the towns of Rosario and San Francisco, Agusan del Sur for oil palm plantations. Thousands of farmers were victimized and forced to sell or abandon their lands in fear of the harassment and brutality of the armed forces of the Lost Command.

Through the Lost Command, former Col. Lademora controlled two mining areas, in Sinug-ang, Bayugan 3, Rosario, Agusan del Sur and in Tambis, Barobo, Surigao del Sur, since 1979. Many abuses and killings recorded were connected to the group led by Col. Lademora. These does not include the massacre of 40 civilians when he was assigned in Las Navas, Samar in the 1970’s, during the US – Marcos dictatorship.

No justice has been attained by the victims of the Lost Command and Col. Lademora. The AFP/PNP supported the continued existence of the armed group during that time and until now, because they use it for counter-insurgency campaigns, expansion of oil palm plantations and as source of funds.

Despite the death of Col. Lademora in 2015, the painful scars he and the Lost Command Group inflicted to the people remains fresh in the minds of the victims and residents. It can never be erased from the history of the masses in Agusan and Surigao del Sur. Especially as his children continued his brutal acts and grave exploitation of the people by using the armed group.

Thus, the NPA-NEMR, with the people’s support, conscientiously endeavors to dismantle armed groups in the region used to abuse and destroy the livelihood of residents. The NPA is determined to defend the interests and welfare of the people against the oppression and exploitation of the capitalists and local ruling class.