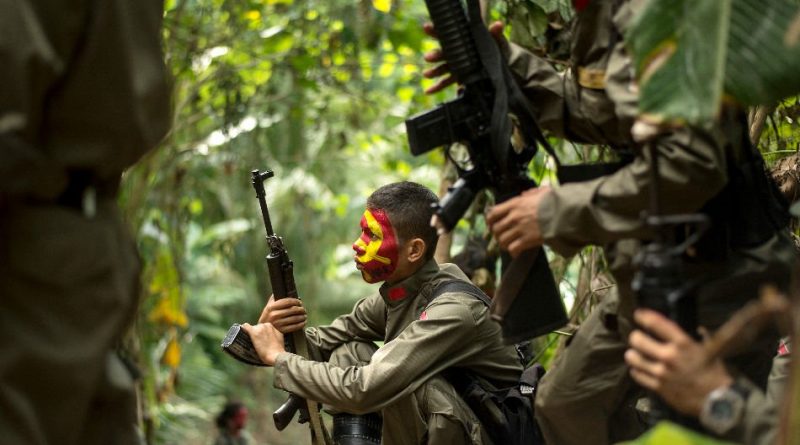 The Communist Party of the Philippines (CPP) today said the unilateral cancellation by Duterte of scheduled resumption of peace negotiations was made primarily in consideration of the AFP’s ongoing campaign plan for all-out military offensive across the country until the end of 2018.

“By calling off the scheduled peace negotiations with the NDFP, Duterte aims to give the AFP more time to complete its military campaign plan for 2018 of mounting bigger offensives under Oplan Kapayapaan in the hope of crippling the NPA and inducing the NDFP to negotiate a surrender,” said the CPP.

Last Friday, Duterte unilaterally cancelled the scheduled talks with the NDFP after being briefed on the status of Oplan Kapayapaan in a meeting with the top brass of the AFP and defense officials. Defense Sec. Delfin Lorenzana has publicly announced that the military wants 3-6 more months before Duterte resumes talks with the NDFP.

In cancelling the talks, Duterte said he first wants to hold public consultations. “This narrow pretext is a thin veil that fails to conceal his real aims.”

Duterte wants the AFP to rush its all-out offensives against the NPA. The AFP has recruited at least 5,000 troops last year and seeks to add 10,000 more troops until the end of the year. In doing so, Duterte is enabling the AFP to employ Marawi-style tactics of employing an overwhelming force to wage all-out war against civilian populations in order to claim and control their land.

“Extrajudicial killings and other grave abuses of human rights and international humanitarian law run rampant,” added the CPP. “Tens of thousands of peasants and national minority groups have been forced to leave their lands.”

The CPP added that in Talaingod, Davao del Norte, one of the AFP’s “focus areas,” three battalions of army troops swarm the town’s three barangays. Talaingod is nestled in the Pantaron mountain ranges where the Manobo Lumad are struggling to defend their ancestral land. With their overwhelming presence, fascist combat troops of the AFP aim to intimidate the people, force them to ‘surrender,’ force them to leave their communities in order to seize control of the people’s land and resources.” Other focus areas of the AFP are the Moro areas surrounding the Liguasan Marsh, Quezon town, Bukidnon; Bilar town, Bohol, General Nakar and several towns in Bondoc Peninsula in Quezon.

“Clearly, Duterte does not want the AFP’s military campaign plan disrupted by the peace talks,” said the CPP.

Formal peace negotiations were scheduled to resume on June 28-30 as agreed upon by the NDFP and GRP negotiating panels after close to four months of backchannel talks. A stand-down agreement was signed on June 8 and was supposed to take effect one week before the opening of formal talks. Agreements on a timetable and a guidelines for resuming talks and forging an interim peace agreement (IPA) were also signed by both parties and witnessed by the Royal Norwegian special envoy.

The IPA was expected to integrate three components: an agreement on Agrarian Reform and Rural Development (ARRD) and National Industrialization and Economic Development (NIED), an Amnesty Proclamation to be certified as urgent to effect the release of all political prisoners, and a Coordinated Unilateral Ceasefire.