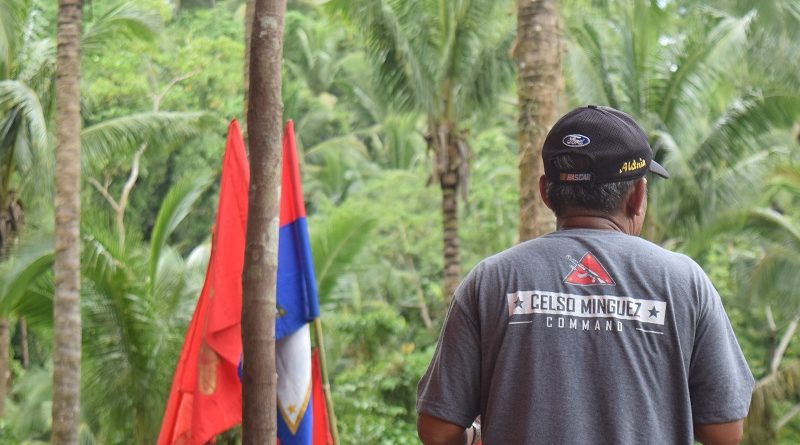 30th IBPA CO Lt. Col. Amaro’s statement that an encounter ensued between his troops and the NPA-Front 16 in Budlingin, Alegria, Surigao del Norte last March 8, 2017 at around 8:30 in the evening, is a big lie. Not one among the NPA forces were in the area during that time. The gunfire came from his own troops. It is obvious that the 30th IB troops implementing COPD fired upon each other during their patrol on that night which resulted in the killing of Pfc. Jhon Francis Rivera and the wounding of Pfc. Windyl Daayata.

The 30th IBPA troops were afraid of their own shadows after they heard that the NPA will attack their camp in the Multi-Purpose Barangay Hall in Budlingin. The enemy immediately patrolled the area but they began firing a mere 20 meters away from where they were encamped. The incident shows the failure of their civil military operations through COPD/PDOP in the said barrio as they do not feel safe. Their abuses and violations of human rights committed against the residents is backfiring.

Because Lt. Col. Amaro is responsible for the blunder, he then made up lies to hide his shame. This has been his and the AFP’s fabrication to smear the NPA and the entire revolutionary movement. In fact, they have been spreading written lies in the barrios of Malimono, Surigao del Norte to tarnish the revolutionaries. This is part of their psywar and desperate attempts to repress the continuing advance of the revolutionary movement in Surigao del Norte, in the region and the entire Philippines.

The enemy cannot defeat the advance of the people’s struggle for their rights and interests as long as the exploitative and oppressive system which brought about widespread poverty and suffering for the Filipino people exist in the Philippines. Only the national democratic revolution line of people’s war will bring about the achievement of national and social liberty from the domination of imperialism, feudalism and burucrat capitalism. On the other hand, we give peace talks a chance to expose the root causes of the civil war in the Philippines and creat an agreement for the good of the people.

Therefore, the people will continue to struggle for their class demands such as genuine land reform, higher wages, secure livelihood, free and effective social services and others. Continue to expose the lies, deceit and brutality of the AFP/PNP and the reactionary regime committed against them.