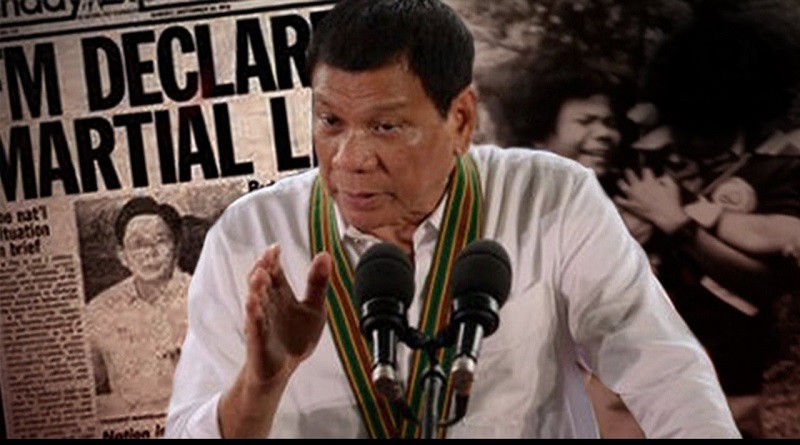 The Communist Party of the Philippines (CPP) firmly denounces the plan of GRP President Duterte to extend martial law in Mindanao up to December 31, 2017. This will result in worse military and police abuses. It will prolong the restrictions against civil and political freedom and aggravate violations of people’s democratic rights. It will further suppress the truth to control the narrative to favor the AFP.

Duterte continues to build the foundations of authoritarian rule under US imperialist tutelage. His supermajority of congressional sycophants are likely to approve without question Duterte’s Mindanao martial law extension plan.

Duterte wants to extend martial law in the vain hope of completing the suppression of the armed resistance in Marawi City. He has launched a war which he cannot finish. The Duterte-US-AFP war has roused the Moro people to take up arms to seek retribution for all the death and destruction perpetrated by the fascist siege and incessant aerial bombardment of Marawi City. They demand a halt to the siege in order to return to their homes. The submission of the revamped draft of the Bangsamoro Basic Law as an urgent bill in congress will fail to pacify the Moro people whose oppression has been underscored again by Duterte’s war to suppress their aspirations. A conflagration of Moro armed resistance is bound to flare up across the Bangsamoro.

Martial law in Mindanao is directed at the New People’s Army (NPA) and the Party-led forces as much as the Moro people. AFP armed offensives against the NPA have been stepped-up over the past two months. Aerial bombings and shellings have been carried out in North Cotabato, Bukidnon, Davao del Sur, Davao City, Davao del Norte, Compostela Valley and elsewhere. Workers rights have been suppressed. Attacks against civilian communities have stepped up. Paramilitaries have been emboldened by martial law and are subjecting the Lumad people to threats and harassments. Across Mindanao, at least 10,000 people have been forced to evacuate in less than two months in addition to the 410,000 evacuees from Marawi and nearby towns.

Duterte’s martial law in Mindanao or nationwide, is an assault on every Filipino’s rights and freedom. Under its camouflage, US military forces are carrying out outright intervention through electronic surveillance and use of attack drones especially at night. It is set to be further reinforced by plans to implement a national ID system, which can be weaponized to restrict the people’s rights to free movement and as a tool for mass surveilance. With Mindanao martial law extension and threat of expansion, Duterte can exercise the power to railroad his tax reform plan and other economic policies and infrastructure projects that are detrimental to the people’s rights and interests.

Thus, it is imperative for the entire Filipino people to vigorously oppose this plan. Revolutionary forces nationwide are firmly united and ever determined to resist martial law in Mindanao. The New People’s Army must continue to strengthen itself nationwide by carrying out armed counteractions and offensives across the country to defeat the Mindanao martial law and nationwide all-out war.