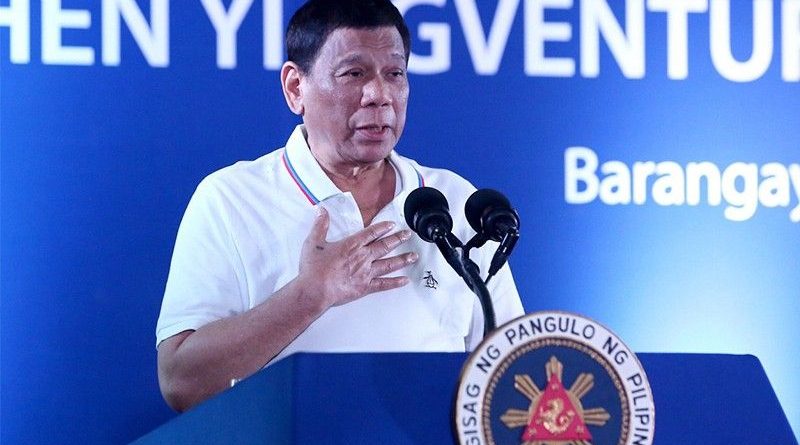 Rodrigo Duterte repeatedly makes the faulty argument that the only option for the Philippines to defend its maritime territory and exclusive economic zone is to go to a “losing war” with China, or have the US military wage the war for the country.

As pointed out by so many experts in international relations, academics and commentators, there is a wide range of political, diplomatic and military measures that the country can take to assert its rights recognized under the UN Convention on the Law of the Seas (UNCLOS).

Duterte makes the “no option but war” to justify his kowtowing to China and his refusal to take action against Chinese incursions in Philippine seas which violate the country’s sovereign rights.

On the other hand, Duterte is making himself look foolish by his public dare for the US to fire the first shot against China and that he will back it.

Albeit Duterte’s dare is a potshot against those who question his subservience to China, he is, on the other hand, painting himself a charlatan by making people believe that the only other option is to turn the country into a US protectorate, much like the way Aguinaldo wrongly believed in US “benevolence” more than 120 years ago.