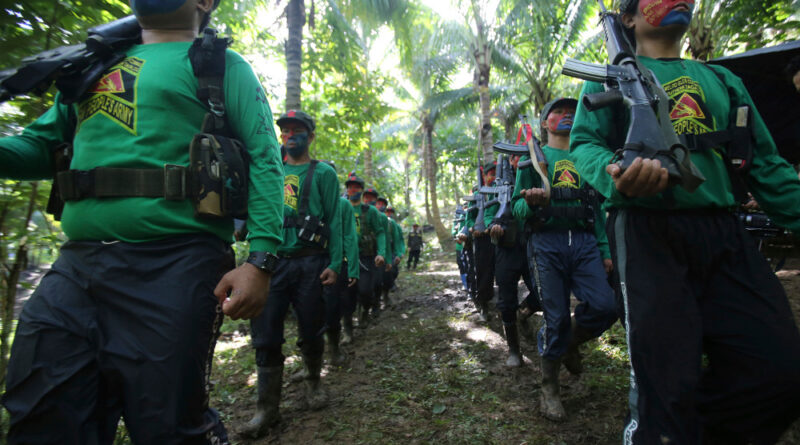 January 7, 2021: Narciso Antazo Aramil Command – NPA – Rizal (NAAC-NPA-Rizal) successfully ambushed a platoon of troops of the 80th IBPA and PNP-Rizal in Matan of Sitio Dapis, Brgy. Puray, Rodriguez, 9:30 am and 2:30 pm today, January 4, 2021. The people of Rizal celebrate this victory of the NAAC-NPA-Rizal after a year of sowing terror and terrorism by the said mercenary enemy troops throughout the province. One was killed while many others were wounded in the ranks of fascist troops after the fighting.

NAAC-NPA-Rizal launched these military actions to justify the victims of terrorism sown by the 80th IBPA and the PNP-Rizal among the Rizaleños. The US-Duterte regime has grossly violated human rights and international humanitarian law that has victimized hundreds of people in the province. The Duterte regime has put activists and progressives in the province at risk by tagging them, which was further intensified when congress passed the Anti-Terror Law and the National Task Force to End Local Communist Armed Conflict (NTF- ELCAC) legitimate mass organizations as terrorist organizations.Forced to make legitimate targets of violence and killings of military and police mercenaries the common civilians who are innocent and all they do is fight for their rights and democratic interests.

The latest case is the 80th IBPA and PNP-Rizal massacre of five (5) civilians in Baras, Rizal on December 17, and the murder of hors de combat couple Eugenia Magpantay and Agaton Topacio, retirees, the elderly Party leader and NDFP consultant on November 27. The massacre of Ermin Bellen, Lucio Simporoso and Jose Villahermosa in Antipolo on December 5, 2019 will also be remembered.

The NAAC’s ambush against the AFP-PNP unit in Rizal is also the NPA-Rizal’s response to the Rizaleños’ fight against the ongoing construction of destructive Wawa-Violago Dam projects that will further devastate the people of the province. The ambushed AFP-PNP unit serves as the security force of the destructive project. The damage caused by dam projects during the height of typhoons Rolly and Ulysses in large parts of Rodriguez and Marikina towns has been exposed throughout the country causing severe flooding and civilian deaths. Despite the damages caused by the dam projects especially the recent typhoons Rolly and Ulysses in large parts of the towns of Rodriguez and Marikina, the dam project of big bourgeois-compradors Oscar Violago and Enrique Razon is still underway in protection of soldiers and police.

Duterte can no longer fool the Rizaleños. They will not bite the enemy’s forced propaganda of terrorism against the reactionary government. Despite the widespread black propaganda against the revolutionary movement on radio and television, the people of Rizal firmly believe that the real terrorist is Duterte and his greedy bloodthirsty institutions of the AFP and PNP. They condemn the escalating violence in the name of suppressing “terrorism”, and the massacres it has perpetrated in Antipolo 3, Angono 2 and Baras 5 that are outright violations of International Humanitarian Law.

Contrary to what the regime is propagating, this successful tactical offensive is a demonstration that the revolutionary movement in the province is only getting stronger. This is just the beginning of charging the crimes imposed by the Duterte Regime on the people. The NAAC-NPA-Rizal will intensify its armed struggle to achieve justice and protect the interests of the toiling masses.