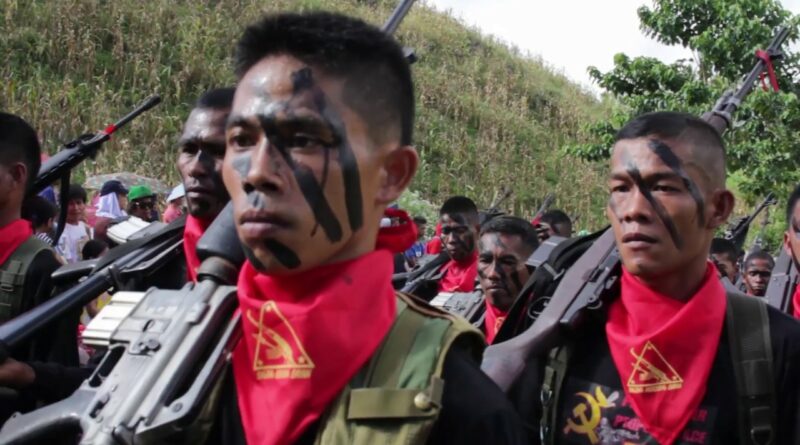 Mindanao Region, Philippines, December 2: The New People’s Army (NPA) recorded twenty military actions in five provinces of the North Central Mindanao Region (NCMR) from June to October. This equates to one offensive per week, resulting in at least 26 killed and 23 wounded in the military and police ranks.

These actions are the NPA-NCMR’s response to focused military operations (FMOs) that have caused severe suffering to farmers and Lumads in the region.

According to the NPA-NCMR initial calculation, from June to August, at least 160 hectares of crops were damaged in Bukidnon and Agusan del Sur alone. In the villages occupied by the soldiers, farmers were allowed to go to their farms. As a result, many rice and vegetables are not harvested. Helicopters and planes also rudely bombarded and bombed the mountains that destroyed the farms.

The NPA in the region added that the food blocks implemented in the FMO areas also caused hunger. Residents are blocked at checkpoints and confiscate what the military considers “excessive” supply.

Of the total number of offensives, the NPA carried out nine in Agusan del Sur and five in Bukidnon. where FMOs are most severely damaged. It also recorded three offensives in Misamis Oriental, two in Lanao del Norte and one in Agusan del Norte.

Seven Red fighters sacrificed their lives in the battles.