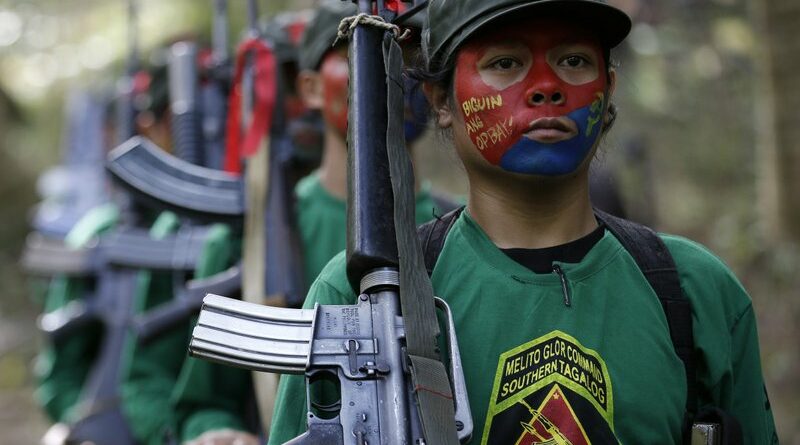 January 6, 2021: The killings and illegal arrests of farmers in the cities of Guihulngan and Canlaon, the towns of Siaton, Santa Catalina, Mabinay and Manjuyod in Negros Oriental through the launch of Synchronized Enhanced Management of are still fresh in the minds of the people. Police Operation (SEMPO) or Oplan Sauron. This was carried out by the combined forces of Police Regional Office 7 (PRO 7) under the leadership of PNP executioner Gen.Debold Sinas and AFP members.

In an effort to instill fear in the people to comply even though it conflicts with the will and interest of the people, they repeated the tragic event on December 30, 2020 in Tapaz, Capiz and Kalinog, Iloilo. Violent killings of nine innocent Tumandok and 17 arrested and charged with felony criminal mischief.There are still three families who are still unaccounted for by the military.

The victims were brutally and mercilessly shot dead in front of their families, by the repeated lies of the military and police “STONE” – a rotten AFP / PNP style to cover up the terrorist killings . These people are clearly targeted because they are actively opposed to the construction of the Jalaur Mega Dam especially mining in their area. Victims who support and NPA members are also suspected.

The spread of Oplan Sauron in the Visayas marks the intensification of the Duterte regime’s militarization, especially since its proposals in Congress approved a Php19 billion budget for counter-insurgency under the National Task Force to End Local Communist Armed Conflict NTF-ELCAC this year 2021.

It aims to neutralize and eradicate critics of his administration, activists, mass leaders and the entire revolutionary movement led by the Communist Party of the Philippines (CPP).

Thus, human rights violations, such as the illegal arrest and planting of evidence and the filing of counterfeiting cases, the rampant raiding of houses and the seizure of human resources, torture, will only get worse, with redtagging, EJK, bombing and many other forms of human rights violations. It will further add to the people’s dissatisfaction with the collapsing oppressive system which pushes them to be more stoned and stand up for true justice, freedom and democracy.

In addition to their displeasure, Duterte suspended the Peace Talk between the Government of the Republic of the Philippines (GRP) and the National Democratic Front of the Philippines (NDFP) and declared the CPP, NPA and NDFP terrorists. It means that the executioner regime did not intend to solve the root of the armed conflict in the Philippines but instead chose the militarist solution with the intention of destroying the revolutionary movement.

We expect to face even more brutal aggression and the spread of the executioner’s terror in the latter part of his term. It especially aims to stay in power beyond his term and do everything he can to achieve his dark desires even though it means the lives of many people will be lost.

But Negros’ complete revolutionary movement under the leadership of the Communist Party of the Philippines (CPP) is in the right position and ready to face the fascist attack of this executioner regime. It continues to strengthen by strengthening the mass bases, increasing the membership of the backward mass organization as a pillar of the Revolutionary Government in the countryside and in the mountains. There is the capacity to continue the armed struggle to raise the bar of the people’s war to the strategic stalemate and strategic offensive until total victory.

The NPA in Negros will continue to advance the National Democratic Revolution through the Armed Struggle. Launch tactical offensives based on the expanding and deepening mass base to confiscate weapons and military equipment in addition to the NPA arsenal and punish the bloodthirsty members of the AFP / PNP and other armed groups and oppressive anti-revolutionary individuals. Claim the big wins in the first year of this decade!

Long live the 52nd anniversary of the Communist Party of the Philippines!
Advance the Armed Struggle to Victory!
Long live the CPP, NPA, NDF! Long live the masses!