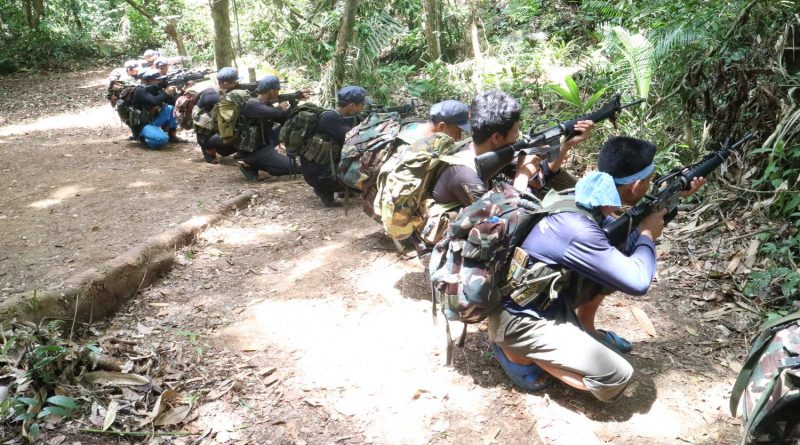 Operatives of the Henry Abraham Command-NPA confiscated five buckshots, three .38 cal revolvers, one carbine and one .45 cal pistol in four separate military actions today, between 6am to 7am.

The NPA fighters confiscated one buckshot, one .38 cal and a sniper scope from Barangay Kagawad Sergio Tineza in Barangay Tabbak, Buguey. Tineza is an active civilian intelligence asset of the 17th IB under Sgt. Camacam. His son, CAFGU member Bruno Tineza, was given a warning in front of his wife and family to cease his anti-people actions as a CAFGU. The elder Tineza was also given a warning. Both were left unharmed.

In the same village, the NPA seized a carbine and a .38 cal revolver from Jose Malabbo. Malabbo is guilty of serving as one of Mayor Antiporda’s goons who threaten and harm the mayor’s “enemies,” including peasants and their families who stand against landgrabbing activities in their town.

In nearby Barangay Villacielo, four more buckshots and a .38 cal were confiscated from another Antiporda goon, Barangay Captain Fortunato Barcena. Barcena and his barangay councilors used these guns to threaten people.

In Barangay Dungeg, Sta. Teresita, the NPA operatives burned down a dump truck and two backhoes belonging to the DDT Construction Company owned by Engineer Dante Tamayo. A .45 cal was seized from the security personnel stationed this morning, who was the village captain’s own son. He was left unharmed.

The punitive action was meted out as a response to the people’s clamor to punish the construction company for destroying the environment, livelihood and lives of the people in the town. DDT is a partner of SM Development Corporation, both of which are currently undertaking destructive quarrying operations in Sta. Teresita. The quarrying operations has so far destroyed the water irrigation system for at least 300 hectares of ricefields in Barangays Dungeg, Masi, and Mision.

DDT was first given warning by the NPA to cease operations. Instead of heeding, the company enlisted the 17th IB as its security, resulting in numerous military operations against the people.