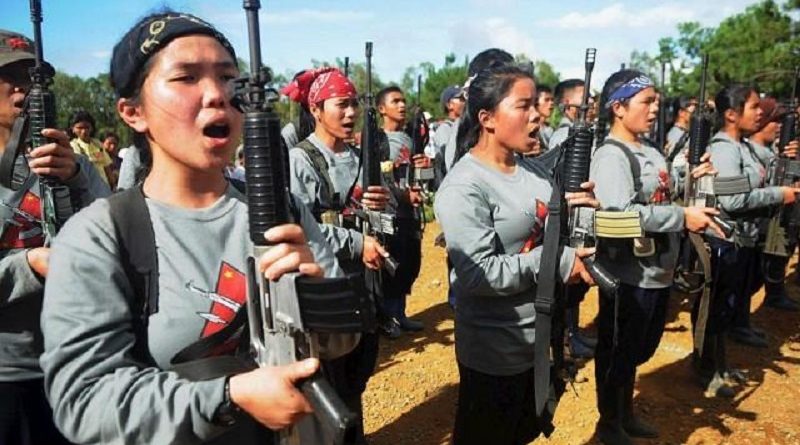 MANILA – Communist rebels stood firm on keeping the 4,000-strong New People’s Army even if they reach a peace agreement with the government, their chief negotiator said Thursday.

The NPA could “cooperate” with the military “in the service of the Filipino people,” said Luis Jalandoni, who heads the rebels’ peace panel.

“We are firm on that. No disbandment, no disarmament because the NPA has been serving the people in so many ways,” he told a forum in Manila.

Jalandoni said negotiators could consider “different possibilities of integration” by NPA combatants into the military.

But he cited cases of “discrimination” against former Moro fighters absorbed by the military after the 1996 peace agreement with the Moro National Liberation Front.

“It is essential for us that the integrity and unity of the New People’s Army remain under the command of the Communist Party of the Philippines,” Jalandoni said.

Both sides hope to hammer out a deal within a year, ending decades of communist insurgency that has killed around 30,000 people.

But first they have to hurdle the most crucial phase of the negotiation, which seeks to address the root causes of the armed conflict.

They will tackle socio-economic reforms such as free land distribution and the nationalization of 21 industries when talks resume in Oslo, Norway next week.

“We have high hopes but we know there’s a lot of work to be done,” Jalandoni said.