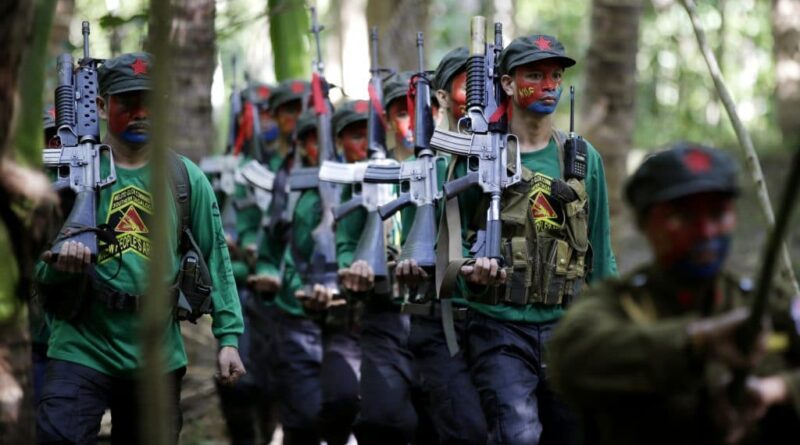 January 1, 2021: The Communist Party of the Philippines (CPP) is in solidarity with the Filipino people this first day of the new year. Today, let us strengthen our determination to fight to defend the rights and welfare of the masses in the face of relentless oppression and repression by the ruling terrorist Duterte clique.

Most Filipinos are said to be hopeful that their lives will be better than 2020. To many, life in the face of the Covid-19 pandemic has been so bad that it seems nothing can be worse. The truth, however, no bright future awaits the people as Duterte is obsessed with corruption, murder and ambition.

Worse darkness awaits the Filipino people this 2021. In the field of economics and livelihood, the people anticipate the following: additional taxes to pay debts, further rise in the prices of commodities, no jobs, no income, wage repression, no additional funds for health, no free Covid-19 treatment, no free vaccines for all, still no improvement in the educational system and non-stop foreign borrowing.

Worse darkness awaits in terms of politics: all-out dirtier war against the unarmed people, incessant attacks against rights by the NTF-ELCAC using the ATL, the push to illegalize mass organizations, continuing campaign of murder, arrests and imprisonment against critics and opposition, repression by soldiers in communities, bombing and shelling of farms and mountains.

Worse darkness await the people as the Duterte ruling clique seek to tighten its cling to power. They just have a little more than 500 days in office. Duterte is trembling at the possibility of having to account for all his crimes. He is set to accelerate one or all schemes to perpetuate the Duterte political dynasty either by declaring a “revolutionary” government to establish a fascist dictatorship, ram through “charter change” on the pretext of federalism and ensuring that the automated elections will elect his ambitious and fascist daughter.

Behind the veil of “anti-corruption,” Duterte seeks to monopolize control of government corruption. Left and right kickbacks fill his pockets from infrastructure projects, the purchase of vaccines, foreign loans and other government contracts.

Amid this year’s darkness, the only light shining comes from the Filipino people’s resistance. Bright rays and warmth emanate from their courage and determination to fight for their rights against fascism and state terrorism, to advance their rights and welfare, and to struggle for the people’s aspiration for national and social liberation.

The Filipino people’s struggle gives hope that the country can rise. Ignite the flames of mass struggles in the streets and armed resistance in the countryside.