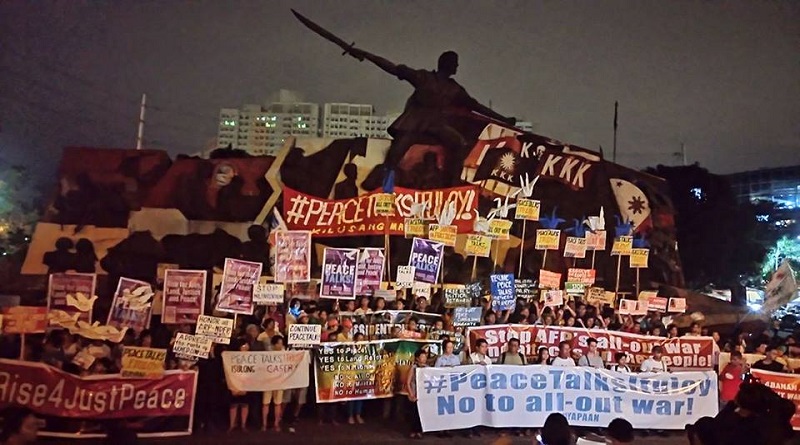 If GRP President Durterte decides to send his negotiating panel and emissaries to the upcoming scheduled talks between the ceasefire committees, negotiations for a bilateral ceasefire agreement can proceed as scheduled on February 22-27 in The Netherlands. To ensure success of the negotiations, the GRP can help facilitate the travel of the NDFP’s ceasefire committee member and consultants.

We anticipate that negotiations concerning the terms of reference of a bilateral ceasefire agreement will be most difficult. The revolutionary forces are bound
by principle to assert the withdrawal of the AFP’s operating troops from areas under the sway of the revolutionary government.

However difficult, the revolutionary forces are willing to work with the GRP negotiators to hammer out a bilateral ceasefire agreement that will be mutually
acceptable and enforceable.

As a positive gesture, the Party calls on all concerned NPA units to expedite the release of the six prisoners of war (POWs) captured over the past days. (See list below.) The NPA commands in charge of the custodial units can work closely with third party facilitators. The AFP can cooperate by withdrawing all troops in and around the area where the POWs will be released to pave the way for their safe and orderly release.

Assuming the cooperation of local AFP commands, all POWs can return to their families before or during the scheduled negotiations in The Netherlands.

According to the GRP peace panel chair, GRP President Duterte is “obsessed with peace”. If so, he can heed the people’s clamor and reverse his earlier pronouncements terminating peace negotiations.

The CPP earnestly encourages him to do so. He would surely not want to set aside the achievements attained during the first three rounds of GRP–NDFP peace talks
and waste the opportunity to leave a legacy of peace.