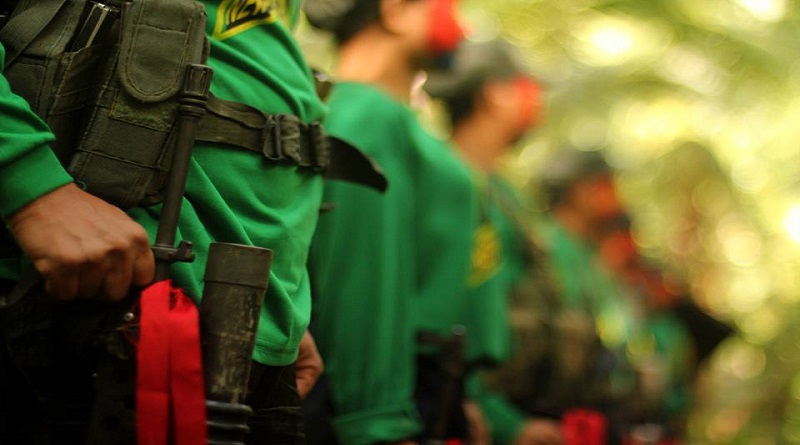 The National Democratic Front-Eastern Visayas today called on the Government of the Republic of the Philippines to restrain the Armed Forces of the Philippines from making the reciprocal ceasefire between the NDFP and GRP untenable in the region, or else face the consequences of armed response from the New People’s Army. “Is GRP President Rodrigo Duterte in command of his troops, or are they  going out of their way to make the ceasefire impossible and ensure the collapse of the peace talks?” asked NDF-EV spokesperson Fr. Santiago “Ka Sanny” Salas. “According to reports from the field in Samar and Leyte, the 8th Infantry Division of the Philippine Army continues to terrorize the people under the Oplan Bayanihan counterinsurgency campaign. If this continues, the NPA will very soon be forced to defend the people from the hostile actions of the AFP.”

Fr. Salas accused the AFP of using the cover of civilians to launch military operations in the guise of “peace and development.” “The 8th ID uses civilian offices, Catholic bishops and even the media to legitimize the militarization of medical and dental missions, humanitarian assistance and disaster response, vocational training and other functions of the civilian government. The soldiers also violate the Comprehensive Agreement on Respect for Human Rights and International Humanitarian Law by occupying barangay halls and civilian residences during their military operations. They thus disrupt the livelihood and production in civilian communities in the countryside and cause fear, hunger and poverty.”

The NDF-EV spokesperson cited various places where the AFP violate the reciprocal ceasefire through military operations and provocative forward deployment. “In Northern Samar, elements of the 20th IB are encamped in Barangay Perez, Las Navas; Barangay Sta. Fe, Catubig; Barangay Bangon, Gamay; and Barangay Capacujan, Palapag. Aside from these  villages, soldiers also encamped in Barangays Anongo, San Antonio (Layug) and Calingnan in Catubig even when the ceasefire had been declared.

“In mid-October, soldiers from the 20th IB arrived in Barangay Perez, Las Navas on the pretext of recruiting students for the government vocational school TESDA, while other troops secured the area in Barangays Quezon and Magsaysay. Meanwhile, 14th IB troops were on operations in Barangays Nagoocan and Osang in Catubig last November 5-7. In the same period, three columns of the 14th IB launched “medical and dental missions” in Barangays Cagmanaba, San Roque, Mabuhay and Agsaman in Jipapad, Eastern Samar. Soldiers of the 14th IB also continue to encamp in Barangay Balingasag, Oras.

“In Calbiga, soldiers from the 87th IB also remain forward-deployed in Barangays Hindang and Literon despite the reciprocal ceasefire and repeated calls from civilians through the media that they leave. In violation of international humanitarian law, they have in fact constructed two houses in Barangay Literon to serve as the base for their military operations.”

Fr. Salas also noted that soldiers continue to harass civilians whom they suspect of supporting the NPA. “Elements of the 78th IB occupy the barangays of Hiluctogan, Parag-um, Camansi, San Isidro, Canlampay and Caghalo in Carigara, Leyte since September. Furthermore, the 78th IB also deceive and harass the people in Barangay Kagbana, Burauen by making them sign blank pieces of paper, which the soldiers then claim gave them permission to encamp in the village. Other AFP troops also continue their military operations in the mountainous villages of Leyte.”

The NDF-EV spokesperson demanded that the AFP soldiers cease their continuing operations and leave the civilian communities. “Otherwise, the NPA will inevitably meet and clash with the GRP troops. The NPA is also obliged to come to the aid of civilians who are being harmed by AFP units that are notorious human rights violators.

“The NDF-EV supports the demands of civilians that the AFP leave their villages. We also urge GRP President Duterte to stand up for his declaration and commitment to the peace talks. If he cannot do so, the AFP troops will be very soon making a crisis situation. We warn the AFP that the NPA and the people’s militia will not hesitate to fight if they and the people are in immediate or imminent danger.”