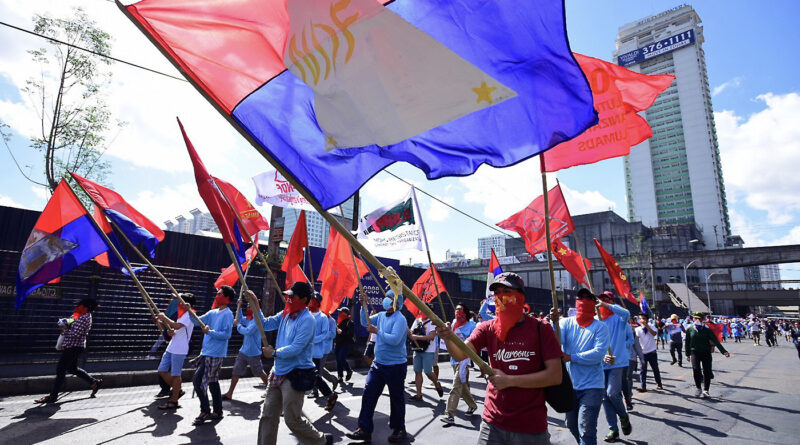 February 6, 2021: The National Democratic Front-Eastern Visayas denounces the RTF-ELCAC for brazenly red-tagging public universities and student organizations in the region as part of the Duterte regime’s intensified crackdown on student activism and all forms of dissent.

By red-tagging UP Visayas Tacloban College and University of Eastern Philippines, the RTF-ELCAC-8 is pointing the military’s guns towards thousands of unarmed students, faculty and staff, putting thousands of civilian lives in danger and making them the targets of the Duterte regime’s brutal state terror against all opposition. It follows suit to DND secretary Delfin Lorenzana’s unilateral abrogation of the UP-DND accord which threatens to impose military and police rule upon the university.

To the RTF-ELCAC, any person, group or formation expressing anti-government views on social media or on campus is surely a “terrorist” who must be subjected to the draconian provisions of the Anti-Terror Law. They want to use their anti-communist hysteria to justify the free entry of military and police into campuses to wantonly conduct searches, arrests, harassment and the worst forms of suppression against students and faculty since the Marcos dictatorship. By naming these univerisities, the RTF-ELCAC wants to stifle academic freedom and freedom of expression.

By red-tagging these univeristies and youth organizations, the RTF-ELCAC aims to demonize student activism. The RTF-ELCAC and their master Duterte are deathly afraid of an intelligent and politically-keen youth. Afraid of dissent and being ousted from power, he and his military war hawks see critical and opinionated students as armed combatants whom their brutal state fascism must smite. The broad opposition are the targets of Duterte’s ramped-up state terror.

The NDF-EV calls on the youth to strengthen their resolve and defend themselves against Duterte’s fascism and state terror. They must organize their ranks, pick up the lessons of the Marcos dictatorship and realize that they have a better chance of enjoying their right to free expression and other democratic rights when Duterte’s tyrannical regime is ousted from power.

The NDF-EV enjoins the administrations of these universities to stand for academic freedom and freedom of expression. They can follow the example of other institutions in the National Capital Region which outright rejected the military’s red-tagging and asserted their independence from the military’s influence.

The NDF-EV calls on the youth and students to study Philippine history and society. We encourage them to live with the masses, to learn their suffering and to understand why the Philippine revolution which Andres Bonifacio started still rages. Among the exploited and oppressed, they will understand why the armed revolution finds renewed fervor especially under a fascist, corrupt and tyrannical Duterte regime.