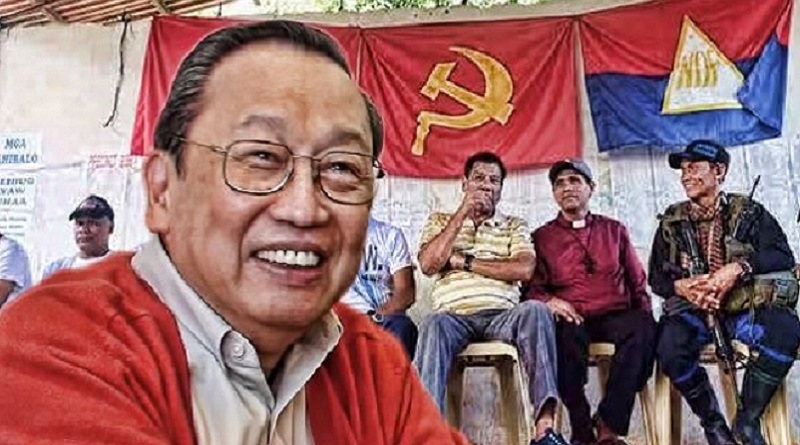 “A martial law nationwide will certainly be a declaration of war against the revolutionary movement. It would practically kill peace negotiations,” the Netherlands-based Sison told ANC in a Skype interview.

“And even the extension of martial law in Mindanao, that would involve the Armed Forces of the Philippines and the Philippine National Police and their auxiliary forces attacking the revolutionary forces, especially the NPA and the communities where they are.”

The CPP has criticized Duterte for placing all of Mindanao under martial rule after extremists started hostilities against government forces in Marawi City last May.

Rebel leaders then ordered their armed wing, the New People’s Army (NPA), to ramp up operations and intensify recruitment.

This did not sit well with the government peace panel, which in turn suspended the 5th round of talkswith the communist leaders in The Netherlands.

The President himself also warned communist leaders abroad of arrest. “Do not attempt to come home. I will arrest all of you and throw you to the slammer,” he said.

Duterte on Monday called for a special joint session of Congress to consider the extension of martial rule for another 60 days.

Sison said the extension of the martial law period should be discussed by government and communist parties as they conduct back channel peace talks.

“An important point to consider is how the revolutionary forces — meaning to say, the NPA and the people — would be affected by the Mindanao-wide martial law declaration,” he added.

Sison also noted that his side has agreed to declare a bilateral ceasefire if “things are done in the proper sequence.”

He said all political prisoners must first be released and both sides complete negotiations on reforms.