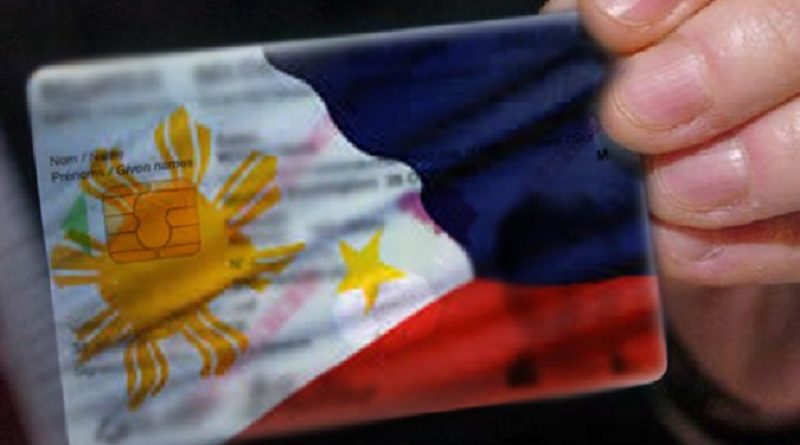 The draft law of the National ID system has been bulldozed by Duterte’s supermajority of political allies in the House of Representatives. Will the GRP Senate pass the proposed ID system with similar dispatch and prove itself to be no more than a rubberstamp than the lower house is?

The Party joins the Filipino people in opposing the National ID system. In the hands of the Duterte regime, especially its security, military and police agencies, the National ID system will serve as an additional weapon for fascist suppression. There will be terrible results once such a weapon is placed in the hands of a strong-man tyrant as Duterte who is obsessed with summary killings and mass murder as “solution” to social problems, to silence his political opponents and suppress people’s resistance.

Such a system has long been proposed by the AFP and PNP and US military and security advisers to facilitate mass surveillance through the centralization of the collection and storage (or databasing) of personal information. Past regimes have failed to push the National ID system confronted with popular opposition. The US imperialists will congratulate Duterte if he succeeds on ramming the repressive system.

Duterte’s proposed system aims to collect an inclusive list of personal information in violation of civil rights. This include DNA information, which even under current GRPjurispudence, require a court injunction. Duterte’s National ID system will be a deathblow to privacy rights. In the hands of a repressive and oppressive state, the collection of such information will surely be weaponized and used as a tool for mass surveillance, social, political and criminal profiling.

In many capitalist countries, centralized databases of personal information collected officially as well as illegally have been used by military and security agencies for mass surveillance and “terrorist profiling” leading to stigmatizing of social, religious and political groups and false accusations against individuals.

To conceal its insiduous aims and dupe the people to support the proposed identification system, the Duterte regime makes false claims that the National ID will serve to expedite the delivery of government service. Such claims are put to dispute by the fact that the Duterte regime continues to cut the budget for public education and public health and other important social services.

How can a National ID system help facilitate the provision of public health when government hospitals are, in fact, being commercialized and privatized in whole and in part? If the priority of government is to provide everyone with free public health, free education, free public housing, public transportation and so on, there is no need for a National ID system for the people to benefit from these.

A national system of identification has nothing to do with the efficiency in the provision of public service. Under the social welfare system of Norway, where there is no such system of national identification, everyone has access to advanced public health care. In contrast, in the United States, which has one of the most extensive system of collecting and centralizing personal information, public access to health care, especially of the economically marginalized, is one of the worst in the world.

Computerization does not make a clean government. This is starkly demonstrated by continuing widespread corruption in government agencies which has computerized its record-keeping and processing. Manipulation of election results in the Philippines have become more widespread, albeit less obvious, through automation.