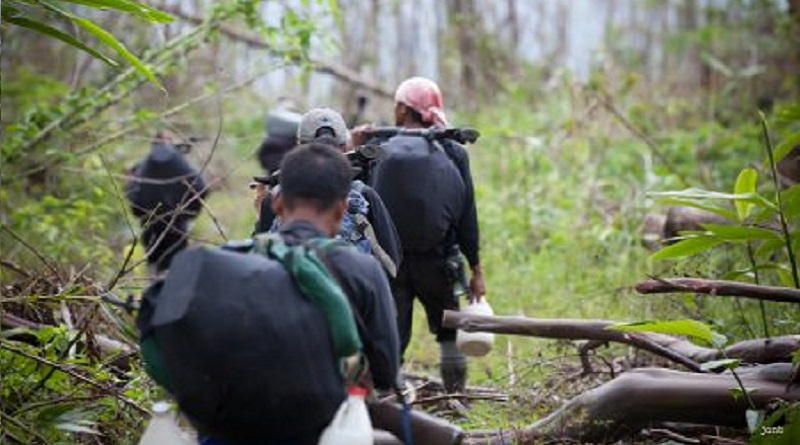 The National Democratic Front of the Philippines in Southern Mindanao joins the Filipino masses in commemorating the 45th anniversary of the US-Marcos regime’s martial law with firm resolve to fight and defeat its fascist heir—the US-Duterte regime.

Four months into its implementation, the evils of martial law declared by the GRP Pres. Rodrigo Duterte, are pushing the masses in the region to fight in the face of escalating toll of human rights violations perpetrated by the AFP, the PNP and paramilitary forces. In Southern Mindanao alone since May, AFP, PNP and their paramilitary troops have committed at least 68 cases of human rights violations against peasants, Lumad, Moro and other sectors. Sixteen (16) civilians were victims of extra-judicial killings for either being a Lumad, a peasant or actively opposing the anti-people policies of the reactionary government.

High in the list of the US-Duterte war machinery in the region are the peasants, Lumad and the Moro people, whom Duterte himself has repeatedly chastised, bullied and threatened with wanton bombing and cold-murder. The regime’s latest victim, 18-year old Obello L. Bay-ao, was a Lumad student in one of the schools that the Duterte regime falsely accuses of being illegal or subversive.

Nationwide, the Duterte regime kowtows the US imperialist solution of killing the poor and helpless to solve the problem of illegal drug trade. His atrocious war on drugs has claimed more than 8,000 lives of poor Filipinos while the rich and powerful drug syndicates continue to escape his selective justice, save for a few of his political opponents.

In the midst of this haunting fascism reminiscent of Marcosian rule, the dominant ruling class presently headed by Duterte is adamant in whitewashing the crimes of martial law. He continues to mock the millions of victims of this dark past—thousands of whom were from Davao City and around Southern Mindanao—by frequently declaring that Marcos’ martial law “was very good” and conspiring to reestablish the Marcos clan in position and strengthen their hold in national politics.

Obviously reeling from the backlash of the people’s condemnation against his drug war, all-out war and martial law, the US-Duterte regime intermittently has the gall to claim a “Mindanao faction” within the underground national democratic movement that supposedly supports his dictatorial rule. The claims are preposterous and clear vain machinations to polarize the revolutionary forces. Duterte is already exposed as a devious tyrant and a chief puppet of US imperialism in the country.

The national democratic forces must rise up to the challenge of leading the Filipino masses in resisting and defeating the fascism of the US-Duterte regime. Already, the Duterte regime is conjuring up scenarios as pretext for the declaration of nationwide martial law. As the ruling class resurrects the brutality of martial rule, the Filipino people must likewise unite and mobilize by the millions in all forms of resistance to defeat the US-Duterte regime. We call on all advocates of human rights, peace advocates and other anti-fascist individuals and organizations to unite with the billowing wave of resistance against tyranny.

Democratic struggle and armed revolution flourished during the 14 years of Marcosian martial rule. Duterte’s copycat dictatorial rule will trigger the massive recruitment of young idealistic peasants, workers and petty-bourgeois into the NPA and the underground revolutionary movement and fight the hated regime.