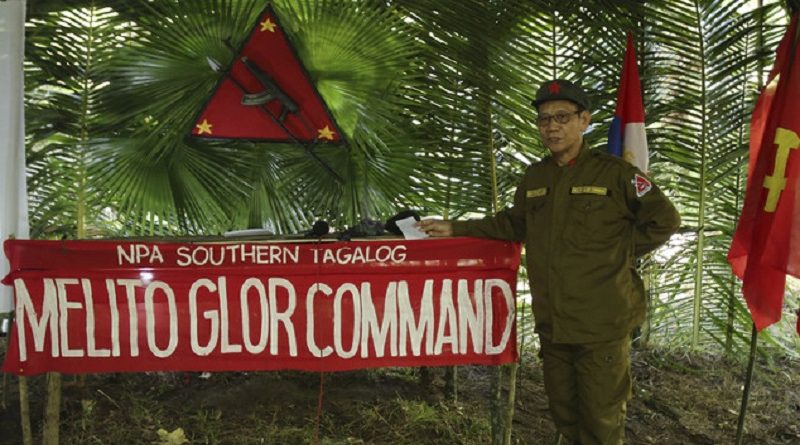 Despite the reactionary government’s efforts to calm the spillway of a nationwide Martial Law, its recent actions prove otherwise. Earlier today, Armed Forces of the Philippines (AFP) spokesperson Brig. Gen. Restituto Padilla declared the red alert status of military forces in Southern Tagalog and Bicol Region directed against the New People’s Army (NPA), as if to gear their forces for Martial Law, not just in Mindanao but on a nationwide scope. The government’s state security forces has set up random checkpoints throughout Luzon, miles and miles away from Marawi City.

Though Martial Law is only formally declared in Mindanao, declaring a red alert status against the NPA can approximate a similar Martial Law declaration in Southern Tagalog and Bicol. The people from these regions should brace for escalated and extensive military operations and more human rights abuses by the AFP.

Before the red alert status of the Southern Luzon Command, the AFP has already launched unrelenting military offensives against the NPA under the Duterte regime’s “all-out war” and Oplan Kapayapaan. The NPA has suffered casualties as a result of standing-down offensive operations as an expression of goodwill and respect for the fourth round of peace talks between the GRP and NDFP.

Civilians and ordinary people have also been victims of military atrocities. Such are the killing of Gilbert Bancat in San Andres, Quezon; hamletting in Nasugbu, Batangas and Lopez, Quezon; forced evacuation in Victoria and Sta. Cruz, Occidental Mindoro; indiscriminate aerial bombing in Bulalacao, Oriental Mindoro; and torture and forced investigation of residents of indigenous and peasant communities. And proclaiming Martial Law on a nationwide scale would only further devastate the people.

Militarists in the Duterte government like Esperon, Lorenzana and Año have long wanted the demise of the revolutionary forces. And after the one-sided cancellation of the GRP on the fifth round of peace talks and Martial Law declaration in Mindanao, it’s an opportune time for these militarists to launch full force attacks against the NPA and the people.

We urge the Filipino people to call on the immediate lifting of Martial Law in Mindanao and to fight against a looming nationwide Martial Law as this would only aggravate the crisis that the country is facing. The Filipino people must strengthen their ranks and launch mass protest actions to defend their democratic rights and civil liberties.