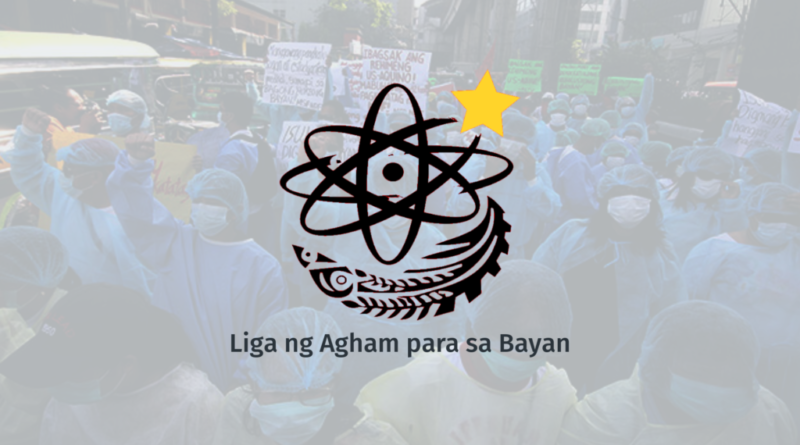 Despite the left and right attacks of the fascist executioners, and the gimmicks of the savage politicians who take advantage of the chaos, the courage and enthusiasm of the revolutionary forces and the people are even more vibrant. Red congratulations on the 52nd anniversary of the New People’s Army, the true soldiers of the Filipino people.

The League of Science for the People (LAB) extends its revolutionary and highest tribute.

Together with the NPA, the LAB is being forged in these perilous times. Our response to the Duterte government’s fascist attack is to tighten our security, guard and take care of ourselves and our comrades, and above all relentlessly respond to tasks to advance the revolution and serve the people.

In the daily actions of the LAB members, they inspire and source strength the brave and invincible New People’s Army.

Dealing with state fascism, continuing to respond to rebong work such as technical service, advancing the campaign and organizing in the ranks of our sector is our solidarity and contribution in the fight of our beloved Armies.

Our comrades working in the countryside have long been a well of respect and inspiration in the struggle. Their strength is not only war force, but also strength reserved for the victory of the revolution. Their ingenuity and effort was not only for winning tactical offensives, but also ingenuity and diligence in building our red government, and implementing agrarian revolution in the countryside. They are soldiers in addition to being community workers, farmers, doctors, engineers, technicians, teachers, artists, and the many other roles needed to revitalize the red community. A Soviet slogan was, “ready for labor, ready for defense.” Willing to fight and defend, while performing duties for the people and for the country.

Salute the victories and sacrifices of our red warriors always ready for the task, and ready to fight!

The League of Science for the People continues to campaign among our ranks for NPA membership and full -time action in the countryside. We strive to do this as a contribution to reaching our target of reaching the advanced sub-stage of the strategic defensive of our people’s war.

From the ranks of patriotic, scientists, and pro-mass workers in the field of science and technology, warm congratulations on the fifty-second anniversary of the New People’s Army! Your action lifts our courage and dedication.