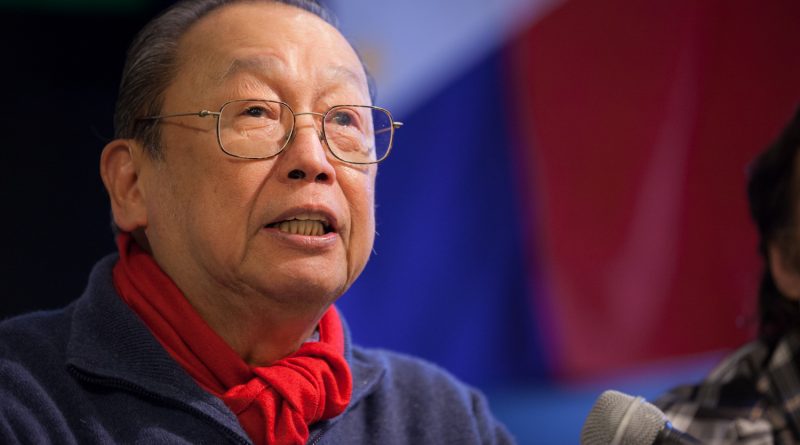 “What the NPA can do in order to compel or persuade the GRP to resume the peace negotiations is to carry out successfully the announced plan of the CPP to intensify tactical offensives against armed units of the AFP, PNP and auxiliary forces and to punish notorious human rights violators, local tyrants, land grabbers, drug lords and other notorious criminals,” Sison said in a statement on Sunday, February 4.

The call of the Communist Party of the Philippines founder follows the arrest of prominent NDF consultant Rafael Baylosis, who was detained Wednesday, January 31, for illegal possession of firearms.

His arrest was slammed by leftists as “harassment” and a violation of the Joint Agreement on Safety and Immunity Guarantees (JASIG), which grants “free and unhindered passage” for persons involved in the peace talks.

With the peace talks trashed and communists labeled terrorists by President Rodrigo Duterte, Malacañang said that the JASIG had become impotent.

Sison emphasized in his statement that the NPA forces are robust enough to damage government forces. Sison said they can “eliminate” 510 government troops or some 5 companies every month nationwide.

“That translates to the elimination of some 60 companies or 20 basic battalions every year. The NPA has the advantage of having a just cause and enjoying the support of the people and being able to launch ambushes and raids by surprise,” he added.

But despite heightened attacks, Sison urged his allies to continue to “respect the JASIG” and not to conduct assaults against the government’s own consultants.

Sison said he expected the same from the government.

“The GRP side, especially Duterte, should cease and desist from arresting NDFP negotiating personnel and from violating the JASIG. It is good to keep open the possibility of resuming the peace negotiations rather than violate the JASIG and undermine confidence in the peace process in a long-lasting way,” he added.