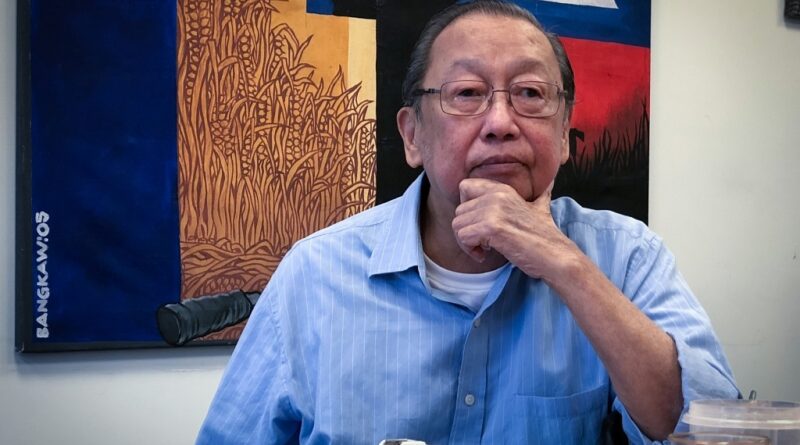 This coming month of June, Duterte will start his final lameduck year in office. He is expected to publicly decide what he wants beyond the constitutional limit of his term and make some crucial moves in the months of June to September before the registration of presidential and other candidates begins in October if elections would be held in 2022.

Since the time that he sabotaged and terminated the GRP-NDFP peace negotiations in 2017, Duterte has indicated so many times his intention to grab power like Marcos did through martial law proclamation and charter change. Since 2020, he has also indicated he could rig the 2022 presidential elections and install his stooge in the same way that he rigged the 2019 mid-term elections to gain a super-majority in Congress.

According to sources close to the national security cluster of the Duterte cabinet and the NTF-ELCAC, Duterte plans to carry out false-flag operations to scapegoat the CPP and NPA and order the mass arrest and mass murder of the red-tagged social activists, human rights defenders, critics and oppositionists in order to proclaim martial law, claim false victory over the revolutionary movement and intimidate the broad masses of the people.

At the same time, under conditions of martial law or otherwise, he keeps in reserve the option of holding and rigging the 2022 elections to install a stooge as president and himself as vice president. His overriding concern is to prevent the election of a new president that would allow his arrest and trial by the International Criminal Court for the grave human rights violations that he has committed Duterte keeps on overestimating his mental and physical staying power, despite the fact that he stays out of public view for long periods of time because of his frequent dialysis treatment and the increasing signs of dementia, forgetfulness, incoherence, slurred speech and abusive language during his public appearance and playing of his pre-recorded statements.

Whatever Duterte decides and succeeds in doing to control events in the short run of events, he like his paragon Marcos will eventually be overtaken by the consequences of his crimes of treason, state terrorism, mass murder, plunder and prevarication and by the accelerated worsening of the socio-economic and political crisis of the ruling system which he has aggravated.

Among the worst crimes of Duterte are the following:

Because the Duterte regime has committed all the above mentioned crimes and more, it cannot achieve its vile objective of destroying the CPP, NPA, NDFP, revolutionary mass organizations and the organs of the people’s government because they thrive on the escalating conditions of oppression and exploitation and because they follow the general line of new democratic revolution through protracted people’s war.

It is of decisive importance for all the patriotic and progressive forces to build and strengthen a broad united front in order arouse, organize and mobilize the Filipino people in their millions and to isolate, weaken, fight and frustrate whatever scheme Duterte chooses to implement in order to prolong himself in power and delay his day of reckoning.

Such a broad united front can be instrumental not only for ending the traitorous, tyrannical, terrorist, genocidal, plundering and mendacious Duterte regime but also for opening the road to a just peace by resuming the peace negotiations that addresses the roots of the armed conflict through basic social, economic and political reforms.