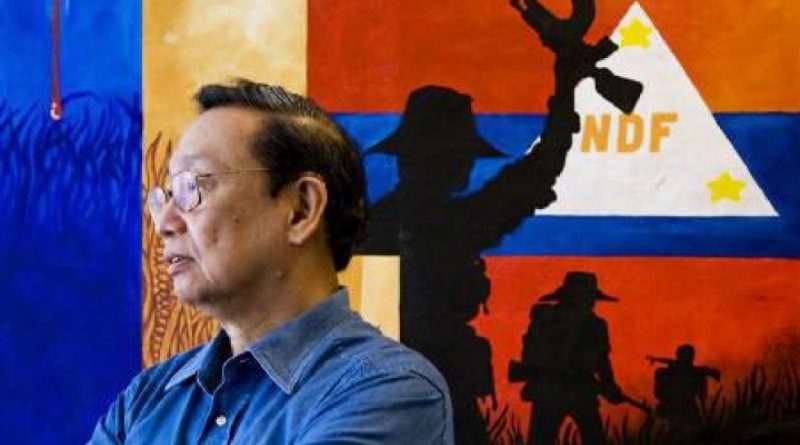 The founder of the Communist Party of the Philippines (CPP) said there was a “small opening” for peace talks between communist rebels and the Duterte administration to resume, even as “both sides want to attack each other.”

In an online interview, Jose Maria Sison, who is based in Utrecht, The Netherlands, said backchannel talks had stopped.

The slight chance that Sison was referring to was the absence of a formal notice from President Rodrigo Duterte canceling the peace process with the National Democratic Front of the Philippines (NDFP), the political arm of the CPP.

A deal signed on Feb. 24, 1995, by the government and the communist rebels, called Joint Agreement on Safety and Immunity Guarantees (Jasig), requires formal notification by either the government or the rebels for the end of the talks.

Jasig will apply to rebel negotiators and consultants within a month after the government formally ends the talks, Sison said.

“But it’s now hard to trust Digong (Mr. Duterte),” said Sison, who serves as NDFP consultant in the negotiations. “He is now drunk with power.”

Peace talks between the government and the NDFP collapsed in May after Mr. Duterte ordered the government peace panel to cancel negotiations in response to rebel attacks on police and military targets.

In a statement, presidential spokesperson Ernesto Abella also said the government was still trying to determine if the situation on the ground was “conducive” to pursue peace negotiations with the NDFP.

“Up to now, we are still assessing the situation,” Abella said, quoting Presidential Adviser on the Peace Process Jesus Dureza.

Formal peace talks between the government and the CPP were supposed to resume this month.

The President got angry after the New People’s Army (NPA), armed wing of the CPP, ambushed a convoy of the Presidential Security Group (PSG) in Arakan, North Cotabato province, last month.

He insisted that there should be a ceasefire first before peace talks could proceed.

“You cannot ambush me and then ask me to talk to you. If I’m dead, whom will you talk to? Crazy guys,” Mr. Duterte said.

Sison said the NDFP was still willing to negotiate an end to the nearly half-a-century rebellion but expected it to happen under two scenarios — a different President and a “severe global or national crisis” that would bring the government and the rebels together.

The government and the NDFP have been engaged in on-and-off peace negotiations since 1986. They have had at least 40 meetings throughout five administrations, from the late Corazon Aquino to Gloria Macapagal-Arroyo, according to the Office of the Presidential Adviser on the Peace Process (Opapp).

Twenty agreements, though not on key economic or social reforms, have been signed.

The Opapp said only one of four substantive agreements comprising a peace settlement — the Comprehensive Agreement on Respect for Human Rights and International Humanitarian Law—had been signed.

Sison blamed Philippine Presidents, including Mr. Duterte, for the collapse of the negotiations.

“Duterte created this situation with his belief that he can crush the revolutionary movement,” he said.

Sison said there were “different reasons for the long delay, collapse or termination of peace negotiations” under different presidents.