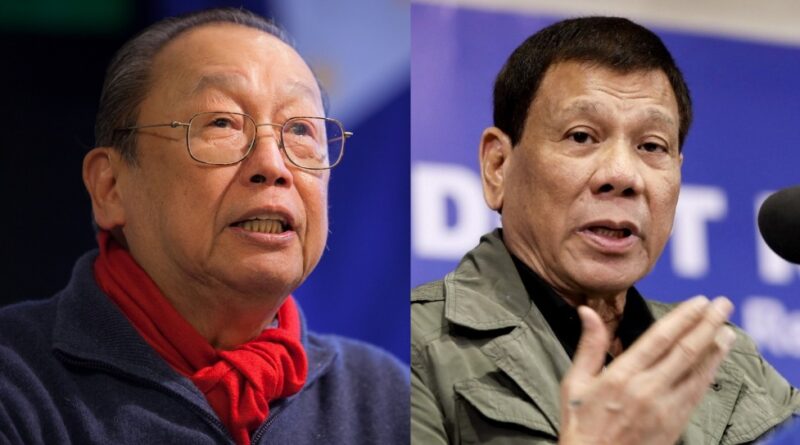 Within the first year of his presidency, Duterte was tested by the GRP-NDFP peace negotiations and was found faking his interest in any process to address the roots of the armed conflict with comprehensive agreements on basic social, economic and political reforms.

He failed to fulfil his promise to amnesty and release all political prisoners in order to propel the GRP-NDFP peace negotiations. Instead, he made only a token release of only 22 political prisoners, not on the basis of amnesty but on bailability in August 2016.

Now, he announces the formation of a National Amnesty Commission and offers amnesty on his unilateral terms that are humiliating to the beneficiaries. He does so after having done the following: complying with the US order to destroy the CPP and NPA by purely military means, terminating the peace negotiations, categorizing rebels as terrorists, forming the NTF-ELCAC and signing his law of state terrorism.

The offer of amnesty is another malicious and criminal trick of the fascist Duterte regime to entice the victims to a death trap. It is no different from previous tricks to make so many people appear as surrenderers under such psywar catch-phrases as “localized peace talks”, “E-CLIP”, “community support program” and “barangay development program”, which are blinding terms to cover the malversation of public funds.

These are all schemes of militarizing civilian agencies and functions and corrupting military officers with public money that they pocket privately in the name of causing the surrender or amnesty and rehabilitation of people who are mostly fake surrenderers.

Worst of all, those surrenderers are liable to be subsequently murdered because there are higher cash rewards for their murder by military officers. The military has copied the Oplan Tokhang method of having people listed up as surrenderers (or in Filipino English, “surrenderees”) and subsequently slaughtering them with total impunity and with open blessings of the tyrant Duterte.