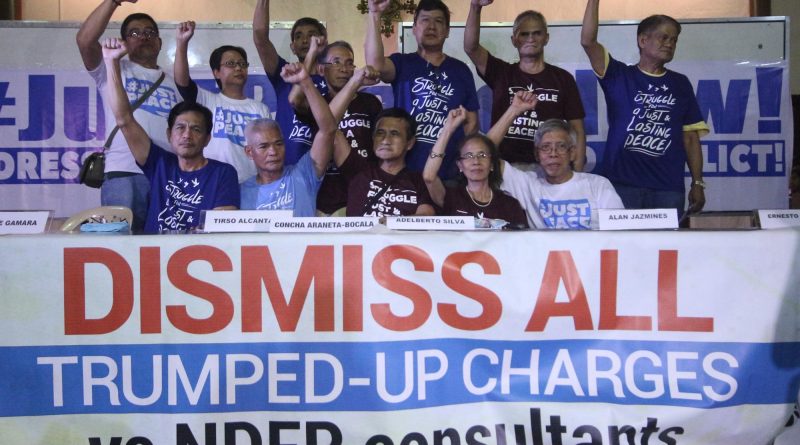 MANILA: A senior official of the Duterte administration asked various regional courts to order the re-arrest of 21 communist “consultants” who were granted bail so they could participate in their aborted peace talks with the government.

“Due to the eventual termination of the peace negotiations in Oslo, Norway and the cancellation of the back channel talks in the Netherlands, the NDF consultants who were granted conditional release should be recommitted and their respective bonds should likewise be cancelled,” Solicitor General Jose Calida told the courts in his petition.

President Rodrigo “Rody” Duterte suspended the talks due to unabated attacks particularly by the communist New People’s Army (NPA) that resulted in the killing and the abduction of soldiers and policemen.

Duterte also pointed out the rebels continued to extort money especially from big business companies under the guise of demanding the payment of “revolutionary tax” from them.

In his petition, Calida also argued that Duterte’s declaration of the NDF and the Communist Party of the Philippines (CPP) as “enemy of the state” signified that any peace negotiations with them “have been rendered inutile and, therefore, must officially end.” The NDF stands for the National Democratic Front, the political arm of the CPP and its armed component the NPA which have been waging a Maoist-style insurgency against the government for close to 50 years.

In addition, Calida noted that when the Supreme Court (SC) granted bail to the 21 Maoist leaders through the regional courts, it imposed certain conditions.

“One of the conditions,” Calida explained, “is that once their participation ceases or the peace negotiations are terminated, their respective bail bonds shall be deemed automatically cancelled.”

He also pointed out the Maoist leaders could no longer invoke the 1995 government agreement with the insurgents that guaranteed them immunity from arrest.

The SC decision granting them bail formed part of the law of the land and thus “supersedes the 1995 agreement…which has become moot and academic,” Calida argued.

Among the 21 Maoist “consultants” allowed to post bail so they could join the talks were Benito Tiamzon, reportedly the head of the CPP-NPA, and his wife Wilma; Alan Jazmines, Rafael Baylosis, Kennedy Bangibang and Maria Loida Magpatoc.