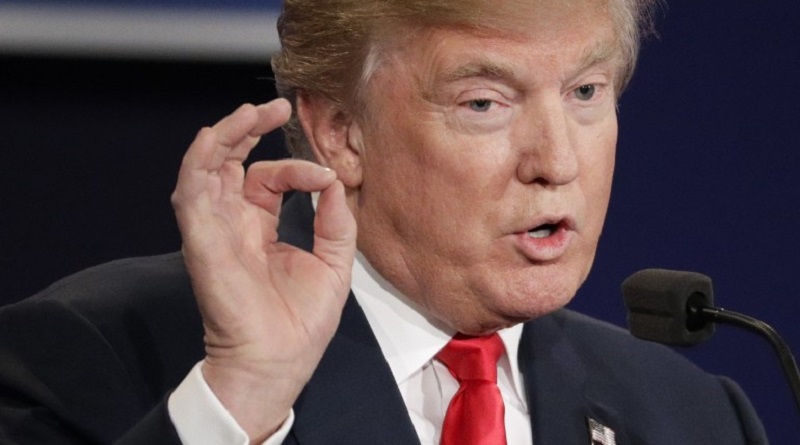 The American workers and people are bound to intensify their class and democratic struggles with the rise to power of the ultra-rightist Donald Trump amid prolonged capitalist depression and continued worsening of the social and economic conditions of the people. Their struggles are inextricably bound to the intensifying anti-imperialist struggles of people and working class around the world demanding an end to US hegemonism and the neoliberal policy regime.

In winning the November 9 US presidential elections, Trump drew votes by riding on the seething anger and frustration of the American people over the failure of the past regimes to resolve the long-standing problem of poverty and widespread unemployment and over US involvement in wars of aggression and intervention.

To win broad support, Trump contrasted himself to the Obama government by styling himself as an anti-neoconservative and opposed to the US war in Syria and elsewhere and by promising to “bring back jobs” through economic protectionism and ending “free trade”. Yet at the same time, he promoted such ultra-right measures as the deportation of millions of undocumented immigrants, shutting all doors to refugees, gun rights and building a wall in its border with Mexico.

Within hours of Trump’s election, tens of thousands of people marched to the streets across several states to express their disgust over Trump’s anti-immigrant, anti-Islam, anti-gay and anti-minority standpoint, his misogyny and racism.

Such protests are a likely portent of intensified social unrest and mass resistance in the United States in the years to come as its economy remains in the doldrums with no clear sign of recovery. Over the next four years, the Trump presidency will surely be confronted with rising demands for promised jobs, higher wages and greater social security.

The incoming Trump presidency will prove to be fundamentally no different from the Obama regime and past US governments in representing the interests of the monopoly capitalists. It too will be confronted with the increasingly insurmountable crisis of overproduction which has gripped the US and global capitalist system.

The American working class, including millions of undocumented immigrants and minorities, black workers, young workers and scores of millions of unemployed people, have long been suffering from worsening social conditions. For nearly a decade, the US economy has faltered from one depression year to another with no clear recovery in sight.

US society has become more deeply divided between the big monopoly capitalists who are awash in wealth and the working class mired in poverty and social hardships in the course of four decades under the neoliberal policy regime.

The incoming Trump regime will be confronted with the widespread clamor for it to step back from the neoliberal policies which have become widely discredited for having failed to re-energize the US economy and for having brought about severe misery and oppression.

Trump promises “to make America great again” and giving priority to “bringing jobs back home”. He has declared opposition to the Trans-Pacific Partnership (TPP) and Transatlantic Trade and Investment Partnership (TTIP). He vows to protect the US economy and has declared plans on imposing higher tariffs on China goods in the hope of buoying US-made commodities, something which the Obama government has been doing over the past several years.

The basic problem confronting the incoming Trump regime, however, is the persistence of the capitalist crisis of overproduction. There is a global glut in virtually all classes of commodities from electronics to construction materials, steel, petroleum products, cars and so on. There is a global manufacturing slowdown, even in China which has become the main production hub of the world capitalist system over the past decade or so.

Over the past three decades, the US economy has been hollowed out by the export of manufacturing jobs to China and other countries with cheap labor for semi-manufacturing. American workers are confronted with the problem of widespread joblessness.

Trump’s push to generate employment domestically amid the unresolved overproduction crisis is highly unlikely to succeed. To achieve this aim, he will have to convince or compel the financial oligarchy to invest capital in the US labor market and domestic production. He is set on lowering regulations and cutting taxes on Wall Street banks.

To convince banks to invest capital in the US domestic economy, Trump will have to subject American workers to wage reduction and further labor flexibilization in order to maximize generation of surplus value and thus make domestic capital investment profitable. Lowering wage levels, however, will tend to constrict the US market and counteract on the protectionist thrust to sell US-made commodities.

Pulling down general wage levels, furthermore, will surely be opposed by the American workers who are already suffering from severe indebtedness, unemployment, increasing inaccessibility of education and health-care services, homelessness and other social miseries.

Trump ran on a platform repudiating the long-standing neoconservative framework in foreign policy which puts primacy on US global hegemony and military presence and dominance around the world.

In the face of its domestic economic crisis and the burden of foreign military overstretch, Trump insists at the start of the elections campaign that US soldiers “cannot be the policemen of the world.” Trump’s foreign policy declarations is an apparent acknowledgement of how untenable US-dominated unipolar world has become amid the emergence of a multipolar world.

While declaring his plan to build a 350-ship US Navy (from the current 272), Trump has also expressed plans to withdraw from the NATO (North Atlantic Treaty Organization) and put an end to the military alliances where the US spends billions and billions of dollars to supposedly “help its allies.” He has hinted on plans to reduce US forces and close military bases in Japan. This is no different from the promise made by Obama in 2008 but which never came close to realization because of the vigorous opposition by the US security and defense establishment.

He has openly expressed willingness to end animosity with Russia and China and push for more economic cooperation. He has declared “let Russia defeat ISIS” in expressing his plans of ending the US war against Syria.

If Trump is to seriously reorient US foreign policy, he is bound to be opposed by the neoconservatives who have long been advocating Pax Americana. They hold dominant sway over much of the US state machinery, especially at the helm of security and defense agencies.

Trump’s s promised changes remain to be seen. The CPP await with keen interest how the Trump government will steer the US in its desperate drive to put an end to the protracted depression of the US economy and assert its dominance in the increasingly multipolar world.

The CPP is in solidarity with the American working class and people in their drive to oppose the anti-immigrant measures which the incoming Trump government has vowed to carry out. The American people must furthermore resist all anti-democratic repressive measures including increased mass surveillance and militarization of the police forces. These are set to be further intensified with the aim of suppressing the people’s resistance.

The CPP also urges the American workers to wage widespread class struggles and lead the people in their democratic mass struggles. The rise of the ultra-right Trump government underscores the need for the revolutionary proletariat to take firm hold of Marxism-Leninism-Maoism in order to put forward a sharp analysis of concrete conditions and put together a revolutionary program of action in order unite the working class and people in the revolutionary socialist cause.

The CPP is fully-aware that the incoming Trump government represents the interests of the US monopoly capitalists. It is bound by the laws of development of imperialism which determine the US drive to exert and establish itself as a dominant economic and political power in the widest possible sphere around the world.

Despite Trump’s declared intentions of ending conflicts with Russia and China, inter-imperialist contradictions are bound to arise and intensify whether in the unipolar or multipolar system.

The Filipino people must take advantage of Trump’s declarations of reducing foreign military spending by amplifying the demand for an end to US military presence in the Philippines.

In light of Trump’s declared intention of withdrawing from the NATO and other military alliances, the Filipino people must reiterate their demand for the abrogation of the Cold War-era Mutual Defense Treaty (MDT) of 1951 as well as its derivatives including the Visiting Forces Agreement (VFA) and the Enhanced Defense Cooperation Agreement (EDCA).

The Filipino people must demand the Duterte regime to be steadfast in its earlier declarations for an independent foreign policy. They must censure Duterte for backtracking on the earlier pronouncements putting an end to all US military exercises with the AFP.

Duterte must be reminded that the demand to abrogate all unequal military treaties with the US and end US military intervention and presence is based on the principle of national sovereignty and does not change even though he finds himself liking Trump for being a fellow cusser.

The CPP calls on the Filipino people to firmly advance their national democratic struggles and revolutionary armed resistance in order to take full advantage of the developing facets in inter-imperialist contradictions as the world capitalist system dips from one crisis point to another.